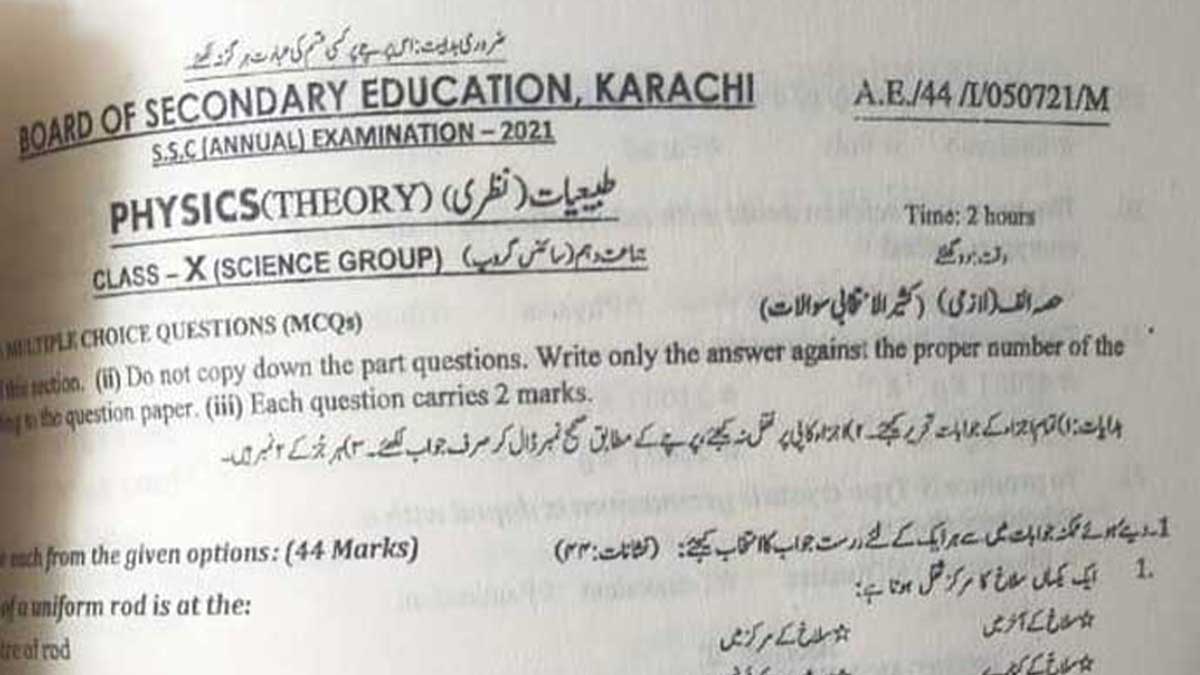 Sindh government expressed anger over the controversies surrounding a leak of the physics paper and delay in matric exam with Controller Examination Mohammad Shaiq.

Government officials took notice of the mismanagement during the matric exams in Karachi and summoned the controller examination for an explanation.

As Annual Examination 2021 (matriculation exams) began on Monday, a physics paper was leaked at an examination center in the metropolis.

Read more: FDE decides to promote students of classes 1 to 8 without exams

According to the report, the paper started at 9:30 am and the questionnaire was available outside the examination centres after at least 4 minutes, exposing the lapses in the education ministry’s administration.

The report said that paper was not started at exact time rather late at several examination centers, including one in Malir where the students and their parents expressed resentment over the situation.

There were reports that the paper started late at several examination centres, including one in Malir where the students and their parents expressed resentment over the situation.

A teacher at the Al-Asif Government school in Malir, where the question paper was not received in time has clarified that students will get the required two hours to complete their matric physics paper.

As per the Board of Secondary Education Karachi (BSEK) Chairperson Syed Sharaf Ali Shah, a total of 348,249 students have registered for the ninth grade and matric exams in the science and general groups. Of the 438 examination centres, 185 have been set up in government schools and 253 in private schools where 201 centres are for girls and 237 for boys.

Matric exams will not be cancelled after physics paper leak

On Saturday, Federal Minister for Education Shafqat Mehmood said that exams will not be cancelled, told students to focus on their studies.

Last month, he ruled out the promotion of students without exams. “Let me make it clear that this year nobody will be promoted without exams,” the minister stressed.

“But now, we have decided that no grades will be awarded without exams.”