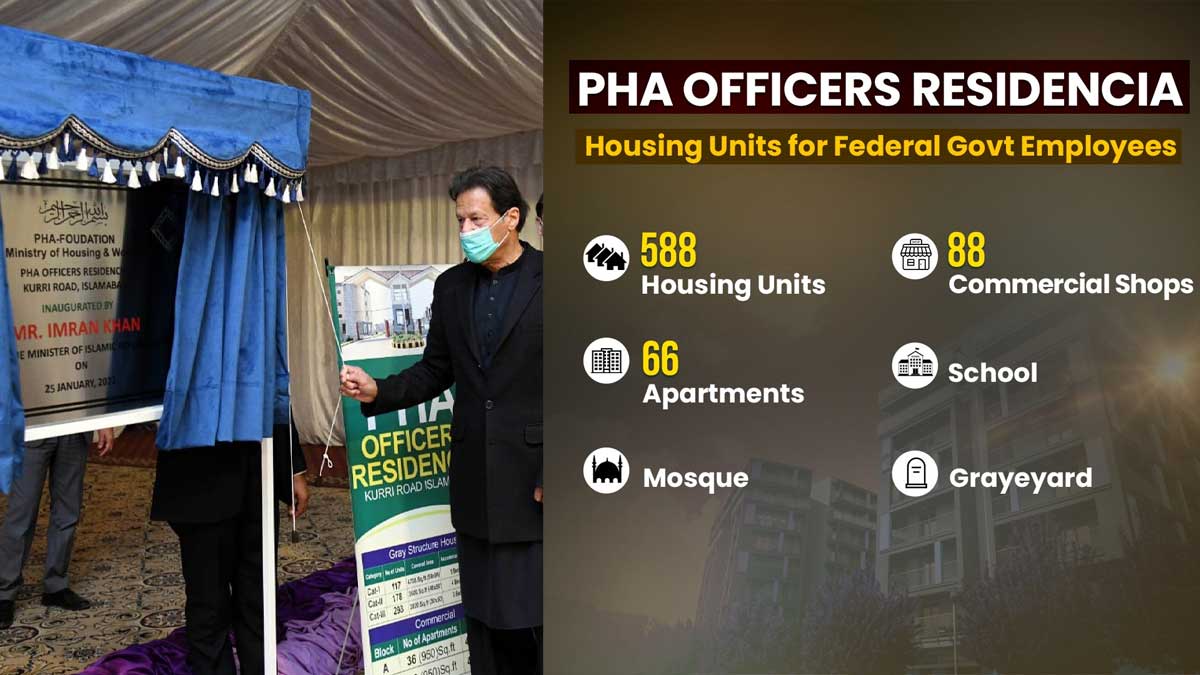 PHA Officers Residencia scheme for government employees has been inaugurated under which at least 588 grey structure housing units in the three categories will be constructed. The project also includes 88 commercial shops, 66 apartments, a community center, etc, having all the basic facilities.

While addressing the inaugural ceremony of Pakistan Housing Authority – PHA Officers Residencia in Islamabad, Prime Minister said, “Housing ministry has done a splendid job by launching this scheme and most the housing units will be completed by 2022.”

However, he admitted that lately the sales of steel and cement had declined due to the “super commodity cycle” caused by a disruption in the supply chain. “But despite this, the construction sector is booming,” he remarked.

Read more: Around 45,000 low-cost housing units under construction across country

In spite of the Covid-19 pandemic, the premier said, the wealth creation in Pakistan has witnessed rapid growth and the country gross domestic product (GDP) grew at 5.37 percent during the last fiscal year.

He acknowledged that the salaried class has suffered the most due to hyperinflation in the country, however, he said that disposable income of other sectors including corporate and agriculture have increased.

Prime Minister, while addressing the inaugural ceremony also said incumbent government subsidised scheme has assisted the country’s salaried class to buy or build their own houses.

“The World Bank report has confirmed that poverty has reduced in the country because we did not shut construction industry during Covid lockdown and helped the country’s farmers,” he added.

PM quoted Bloomberg report by saying that the country’s economy is on an upward trajectory and the economic condition will continue to improve, “Exports, remittances and tax collection are an all-time high.”