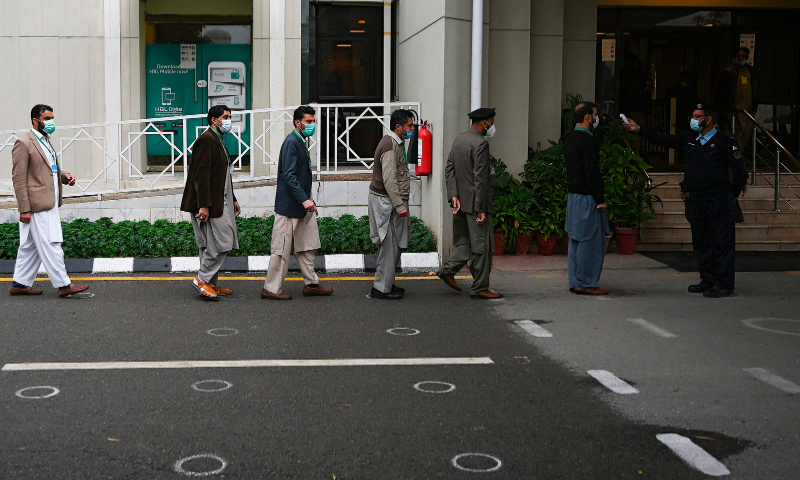 The National Command and Operation Centre (NCOC) declared Peshawar with the highest positivity rate of COVID-19 as the region has the highest number of infections.

On Friday, the revealed data showed that the infection rate of coronavirus tests in Peshawar has exceeded 19 percent and has the highest positive cases among all cities in the country. The forum was told in a meeting that the Khyber Pakhtunkhwa capital has a positivity rate of 19.65 percent.

Peshawar is followed by Karachi, where the positivity rate stands 17.73 percent. In Hyderabad, 16.32 percent of the Covid-19 tests are turning out to be positive, the NCOC was told, making it the city with the third-highest positivity rate in the country.

Meanwhile, Khyber Pakhtunkhwa positivity rate is 9.25 percent while Balochistan has 6.41 percent. Islamabad and Gilgit-Baltistan have a positivity rate of 5.84 percent and 4.81 percent respectively.

NCOC Chairperson Asad Umar said, “Continuous monitoring and anticipation of likely pattern/disease prevalence is most important as only this will help us [come up with the] required response for [stopping the spread of] Covid.”

Furthermore, the NCOC in the meeting then lauded efforts of the ulema for ensuring that SOPs were being followed in mosques and spreading awareness about the virus among the masses.

NCOC Chairperson Asad Umar said that proper guidelines and direction should be issued by the Health Ministry in order to follow SOPs to make ensure the public’s health and safety.

Pakistan has entered into the second wave of the virus that is said to be stronger than the previous one which the country successfully defeated. But now cases in the country are increasing rapidly, reporting more than 3,000 cases for the past five days.

The NCOC was informed earlier this week that hospitalizations had doubled in the past two weeks due to the increasing coronavirus cases.