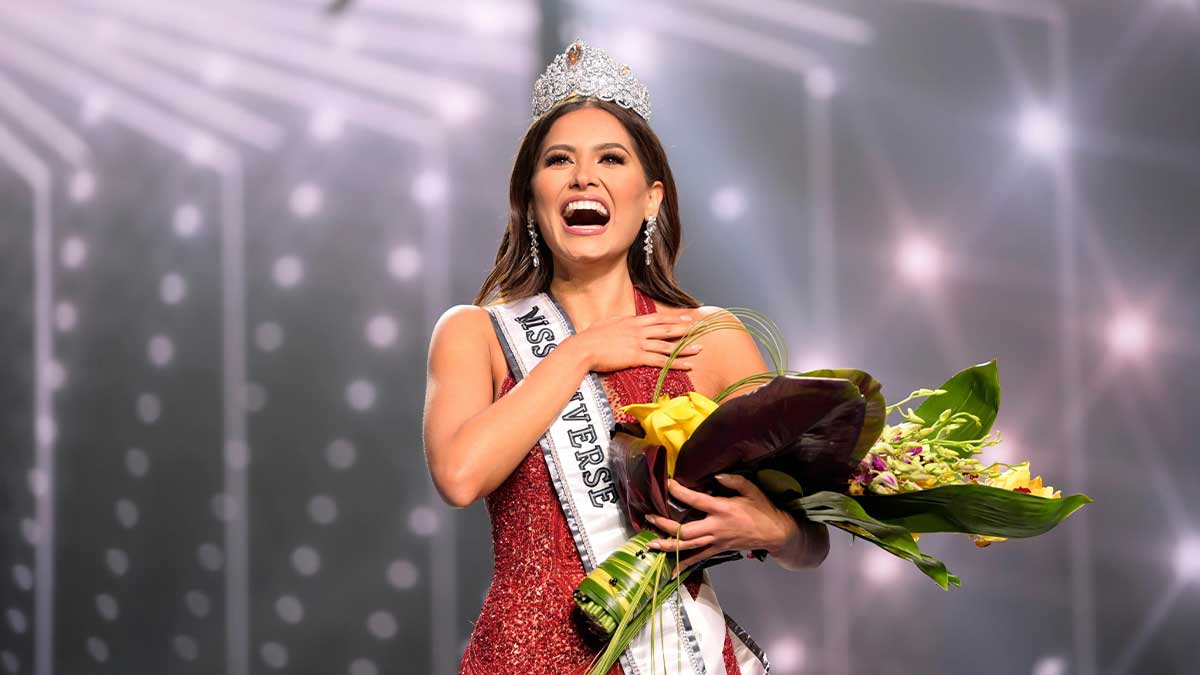 From the moment Miss Mexico Andrea Meza was crowned the next Miss Universe on Sunday, her name became known around the world which also led pageant fans deep into her Instagram account, and some said she had broken the rules.

They found a picture of Meza and a man on top of a cliff. He sported a tux, while she wore a gorgeous wedding gown with a flowing veil. The caption read “3-09-19,” followed by a wedding ring emoji.

It is against the rules for Miss Universe contestants to be married. Some fans thought they had unearthed a scandal.

The Miss Universe contest returned to television on Sunday night, after being postponed for the first time in 2020 due to the coronavirus outbreak.

Cheslie Kryst, Paulina Vega, and Demi-Leigh Tebow (the 2017 Miss Universe winner) participated as event analysts and commentators, and the winner was decided by an eight-woman panel.

Meza emotionally walked the catwalk as Miss Universe for the first time, before going back for a group hug with the other contenders, dressed in a beautiful red evening gown.

In the 69th edition of Miss Universe, Meza defeated more than 70 contenders from all around the world at the Hard Rock Hotel & Casino in Hollywood, Florida.

Miss Myanmar Thuzar Wint Lwin, who placed in the top 21, made headlines in the days leading up to the final competition when she utilized her time in the spotlight to draw attention to the country’s coup.

“Every day, our people are dying and being shot by the military,” she stated in her biographical film, which included photographs of her participating in anti-coup demonstrations. “As a result, I’d like to encourage everyone to speak up for Myanmar.”

Miss Singapore Bernadette Belle Ong, who did not rank in the top 21, have used national costume section of the competition to make a political statement.

She spun around in a dazzling red bodysuit and matching thigh-high boots to show her cape, which was emblazoned with the words “Stop Asian Hate” in the colors of the Singaporean flag.