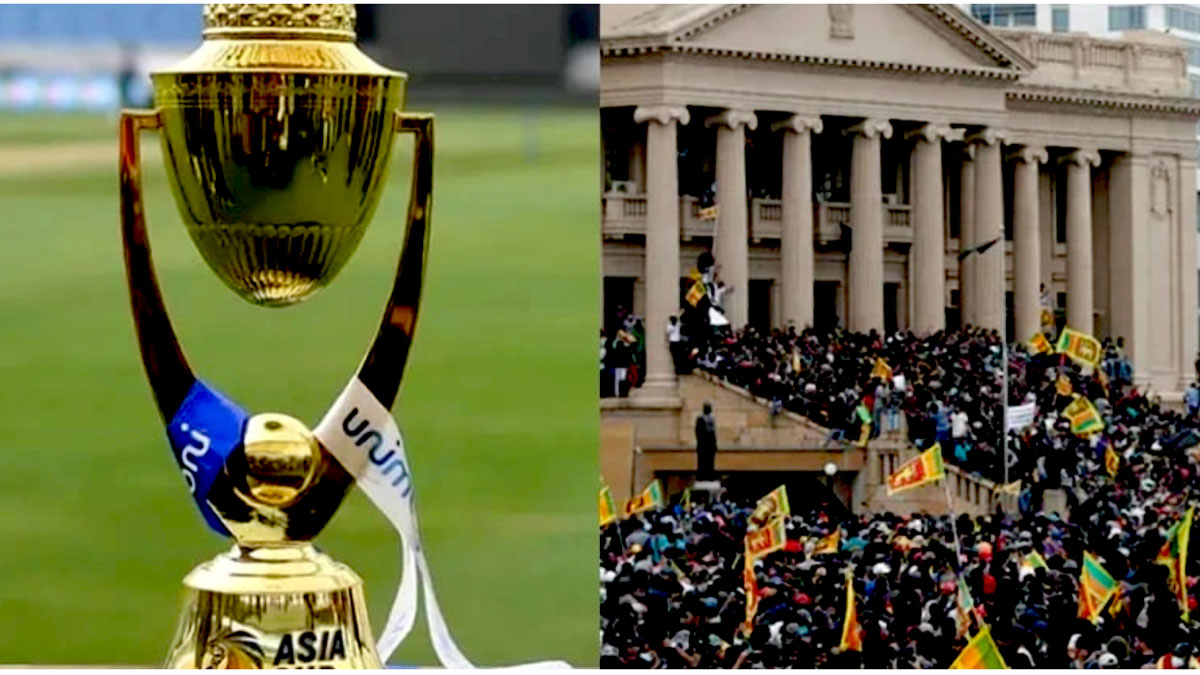 The forthcoming Asia Cup 2022, which was scheduled to be played in Sri Lanka, will now take place in the United Arab Emirates due to the ongoing economic turmoil.

The Sri Lanka Cricket Board claims that due to the country’s severe financial situation, the board has finally decided to move the event to another country.

Sri Lanka had just hosted Australia for a multi-format series despite the situation. Both sides played really good cricket in the highly competitive series. Sri Lanka won the ODI series 3-2, Australia won the T20I series 2-1, while the Warne-Murli Trophy in the Test series was split as the two-match series concluded in a 1-1 draw.

Board of Control for Cricket in India (BCCI) president Sourav Ganguly confirmed UAE as the host for the Asia Cup tournament.

Presently, Sri Lanka is hosting Pakistan in which first test was concluded as Pakistan being the winner in Galle in the first test.

With surging inflation and a severe lack of petrol and other necessities, Sri Lanka is currently experiencing its greatest economic crisis. Government offices and schools have been shuttered indefinitely due to a lack of oil supplies.

The shortages have been exacerbated by decreased domestic agricultural production, a lack of foreign exchange reserves, and a decline in the value of local currencies.

The COVID-19 pandemic, which led to the fall of Sri Lanka’s vital tourism sector, which provides foreign exchange for the importation of fuel and medical supplies, and the supply chain problems brought on by the Ukraine war have all worsened the island nation’s already numerous crises.

In addition to the 500,000 people who the World Bank believes have slipped below the poverty line as a result of the pandemic, the economic crisis will push families into hunger and poverty, some for the first time.

Political unrest has resulted from the economic crisis as well, with citizens criticizing the administration and forcing president Gotabaya Rajapaksa to step down.

Meanwhile, the international community has offered Sri Lanka support during the country’s crises.