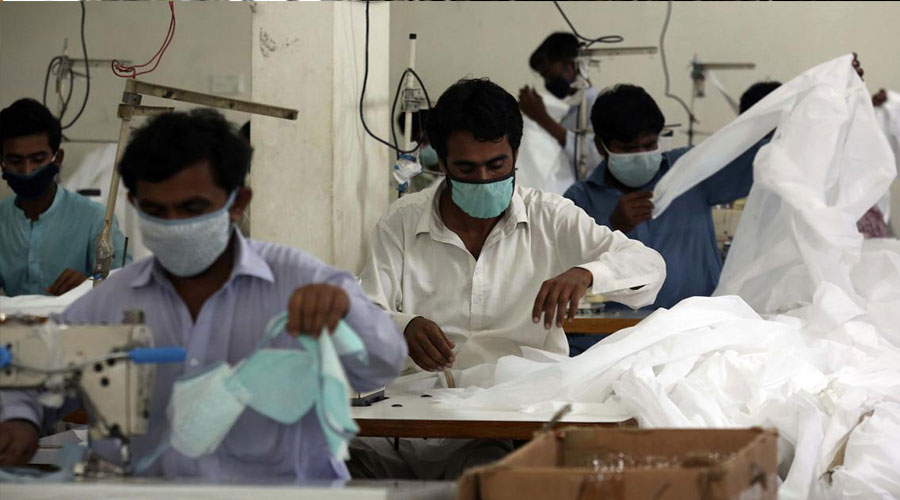 Pakistan’s economic growth is expected to be recorded at 2 percent in the next fiscal year of 2020-2021, whereas this year’s growth projection is expected to be negative 1-1.5% growth due to ongoing coronavirus pandemic, Adviser to Prime Minister on Finance Abdul Hafeez Shaikh said on Thursday

Prime Minister’s adviser said while talking on Finance on Thursday that gross domestic product growth has been badly affected due to lockdown with the projection of up to negative 1-1.5 GDP growth this fiscal year.

He said that Pakistan’s growth was expected to be around 3 percent but it crumbled because of lockdown condition due to COVID-19. Further, he said that GDP can be increased in next year after the situation improves.

In the same meeting, he also said that the fiscal deficit is now projected at 9 percent in 2020 as compared to the target of 7 percent. It would be brought down in 2021 along with the debt-to-GDP ratio would also be cut. The adviser said, “The contraction in the global economy has been affecting Pakistan’s exports as witnessed in April when exports dropped 40% compared to April last year.”

On the other hand, unemployment has become even more common due to lockdown and low economic activities. To tackle the unemployment and economic suffering, the government has announced rupees 12 trillion economic stimulus package to help vulnerable segments of society, businesses, etc to deal with the COVID-19 condition.

In the end, he said that the government faced an extremely severe economic crisis after coming to power in 2018 and a lot of efforts have been put to produce better results.