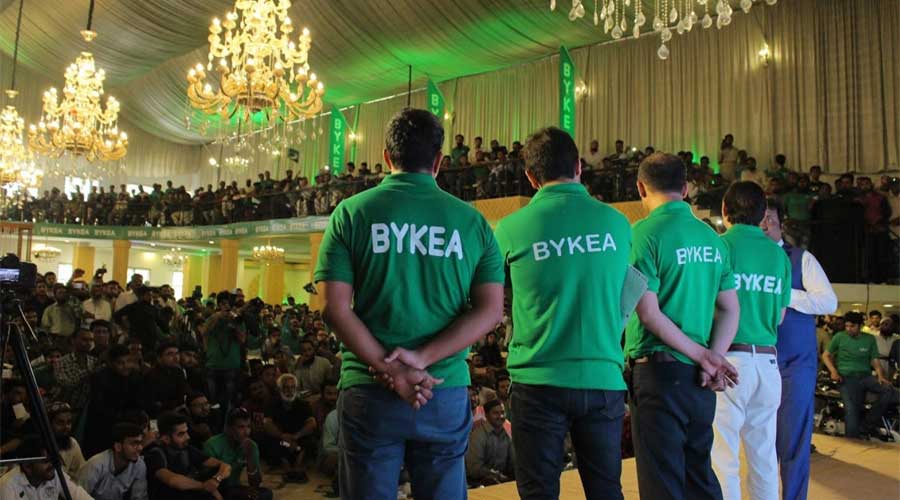 The motorcycle-based ride hailing and parcel delivery startup based in Pakistan Bykea has raised $13 million in a Series B funding led by Prosus Ventures.

The investment was led by storied investment firm Prosus Ventures previously known as Naspers Ventures is one of the major tech investors in the world.

The ride-hailing Bykea was founded by Muneeb Maayr in 2016. Apart from rides and logistics service, the Bykea is also associated with the private banks in order to introduce options for paying bills and getting cash delivered.

The latest investment from Prosus Ventures will also boost Bykea presence in the Pakistani market and the company will take steps towards becoming the de-facto leader in the motorcycle ride-hailing business.

Currently, Bykea is operating in Karachi, Lahore and twin cities of Islamabad and Rawalpindi, where traffic remains at peak. These cities are the main economic drivers of the 5th most populated country in the world.

The motorbikes are the rails for couriers, e-commerce, retailers, distributors and restaurants to move products and collect receivables which are mostly in cash.

In Pakistan, around 17 million bikes are on the road and Bykea is the platform where you can earn an income by joining the system. Bykea has a motorcycle taxi fleet of over 30,000.

Bykea is first Pakistani startup Prosus Ventures has invested in

Through grabbing the funding, the company will use it as an advantage against its competitor Careem and Uber and offer various features through its platform along with creating jobs for different people.

The Bykea founder Maayr said, “Bykea is one of the few internet businesses offering an interface in the Urdu language and we drive our competitive advantage from being highly localized. This approach has helped us become the preferred partner for part-time motorbike gig workers. Our brand is now widely used as a verb for bike taxi and 30-minute deliveries, and the fresh capital allows us to expand our network to solidify our leading position.”

Prosus Chief Investment Officer, Fahd Beg said, “Pakistan is primed to experience extremely strong growth in internet services over the next decade, with a rapidly increasing middle class. This growth provides immense opportunity for companies like Bykea that are transforming big societal needs like transportation, logistics and payments through a technology-enabled platform. Bykea has already seen impressive traction in the country and with our investment will be able to execute further on their vision to become Pakistan’s ‘Super-App’.”