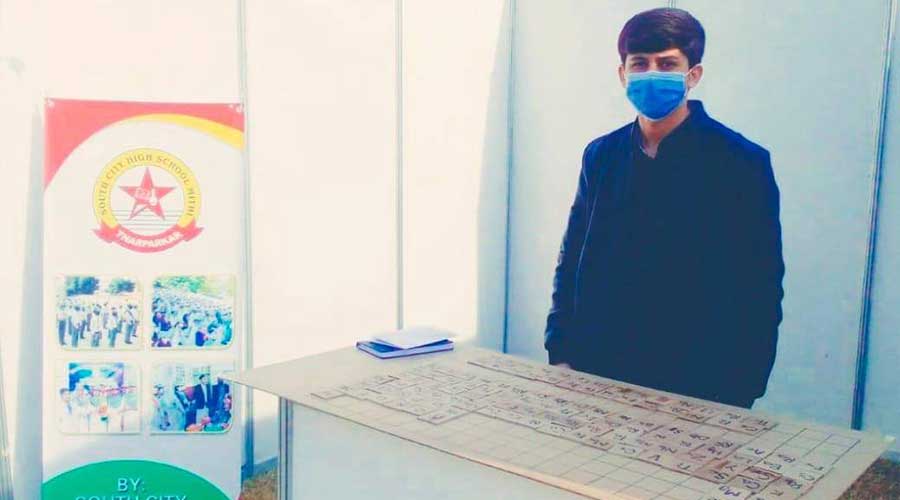 Rohan Khatwani, a student of the ninth standard has broken the world record after arranging all elements of the periodic chart in the fastest possible time.

This shinning student who comes from the Thar district of Sindh arranged the periodic table in just 1 minute and 58 seconds. He broke the record of Natalia Najam, another Pakistan student who belongs to Lahore. She broke the record of Indian professor last year and became the fastest and youngest in the world. She finished the task of arranging all elements of the periodic chart in 2 minutes and 42 seconds to achieve the Guinness World Records title.

Rohan Khatwani proved his talents in Islamabad Science Festival, organized by Campaignistan jointly with the Islamabad Capital Territory administration. The majority of the students who attended were of government schools who would not typically have a chance to take part in science and technology events. The impact of the Covid-19 was the dominant theme at the Festival.

There were different projects of the Festival regarding the precautionary measure regarding Covid-19, including handwashing stations, detection of the virus, benefits of the facemasks and sanitizers, and the working of the coronavirus isolation wards in the hospitals. The students presented the impact of Covid-19 across various categories like socio-economic, health, technology, and ecological science.

Those who attended the festival were highly impressed by the incredible science demonstrations and passion for science. Deputy Commissioner Islamabad, Hamza Shafqaat who was present at the festival was also impressed with the knowledge and enthusiasm of the students.

He said, “The Festival provided a great opportunity for the students to showcase their talent in science, technology, engineering, and Mathematics, and Islamabad administration would continue to organize science festivals every year in Islamabad.”