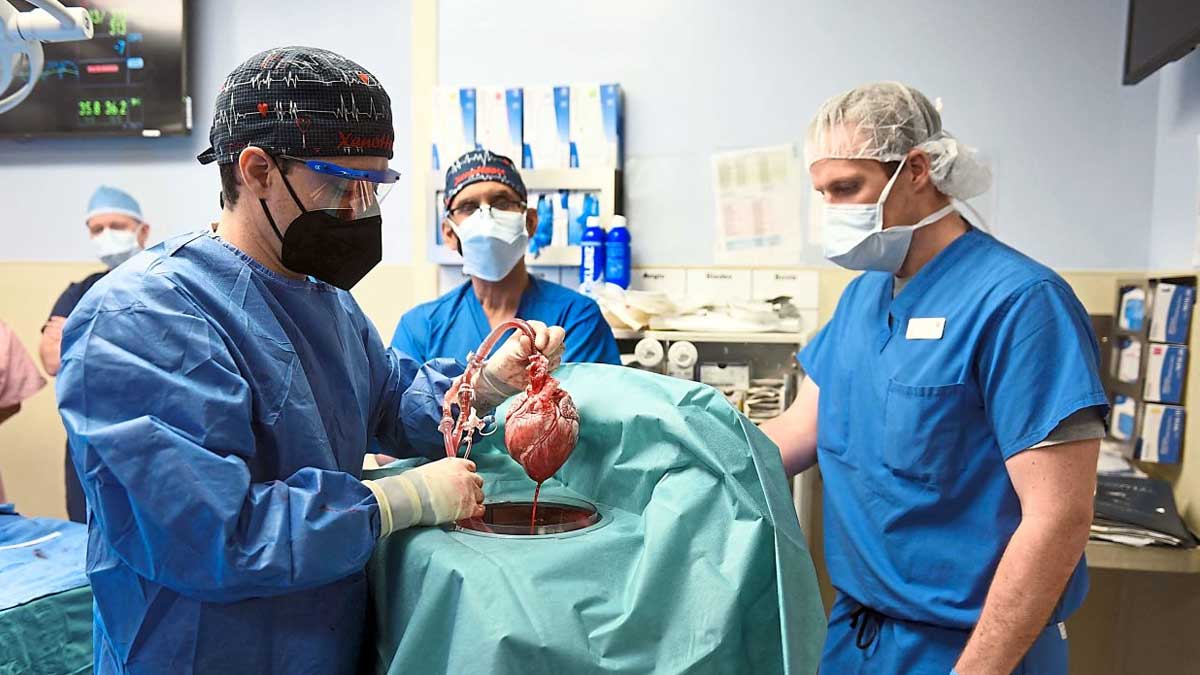 The pig’s heart is functioning better in humans, according to the doctor, and they are pleased with the successful procedure. This is the first time a human has been implanted with a pig’s heart.

According to the report, the patient admitted in a conversation prior to his operation that he knew it was like shooting an arrow in the dark, but that it was either death or this transplant for him.

With xenotransplantation appearing to be the only way to save patient’s life, Dr. Mansoor and a team of University of Maryland specialists applied to the US Food and Drug Administration (FDA) for a special permit to conduct the treatment for the first time.

According to reports, the transplant of heart of a pig into a 57-year-old man was carried out in a Baltimore hospital by a team of surgeons led by Dr. Mansoor. The patient (David Bennett) is in a stable state and is presently recovering under special care, despite the fact that the treatment took seven hours to complete.

Dr. Mansoor Mohiuddin stated in this regard that he has been exploring the transplantation of genetically engineered organs, including the heart, between animals for numerous years. He tried transplanting the hearts of several animals, including monkeys, into humans, but it didn’t work well.

Dr. Mansoor has been studying xenotransplantation since 1992 and has played a key role in the commencement of various programmes aimed at developing a breakthrough treatment for transplanting organs between species.