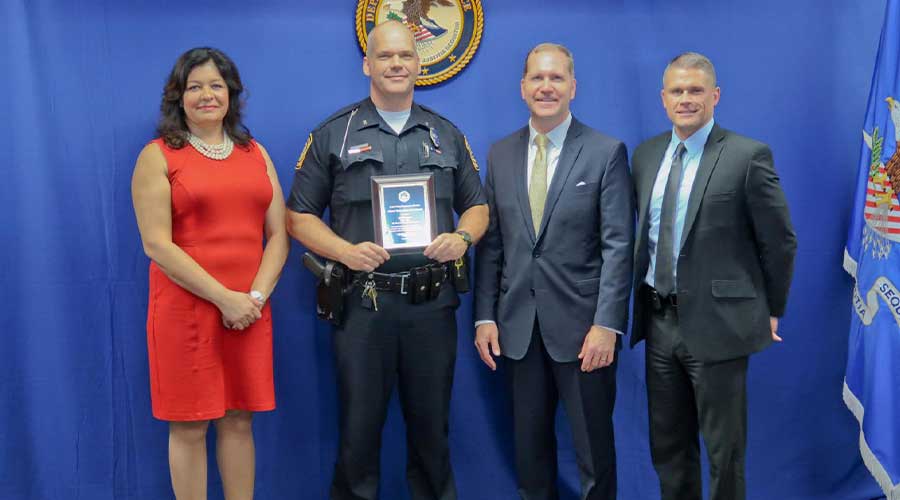 Saima Mohsin, a Pakistani-American, is all set to become the first Muslim attorney of the US after she replaces the current attorney in Detroit, Michigan.

After serving for almost 3 years, Schneider announced his resignation on Thursday and said Mohsin, currently the first assistant U.S. attorney for eastern Michigan, will replace him.

Mohsin stated, “It is a great honor to serve the citizens of the Eastern District of Michigan as Acting United States Attorney.  I am deeply committed to fulfilling our core mission to faithfully enforce the law and seek justice for all.”

Schneider said, “I’m extremely pleased to leave this office in the hands of one of the finest federal prosecutors I’ve ever known, Saima Mohsin.”

He added, “Saima is a dynamic trial lawyer and a talented manager.  And as the first woman, immigrant, Muslim United States Attorney in American history, her service is truly historic. Saima will be an outstanding representative and defender of our community as the Acting United States Attorney.”

Out of amazement, Gaider Abbas, an attorney with CAIR said, “I do not believe that there has ever been a Muslim U.S. Attorney.”

Saima Mohsin was born in Pakistan, she has been a federal prosecutor for decades, working since 2002 in the U.S. Attorney’s Office.

As an immigrant of Pakistani descent who is Muslim, she will bring diversity to an important position that is the chief federal law enforcement officer in the eastern part of the state.

Mohsin has served in the U.S. Attorney’s Office Violent and Organized Crime Unit, the Drug Task Force and the General Crimes Unit, the Department of Justice said in a news release.