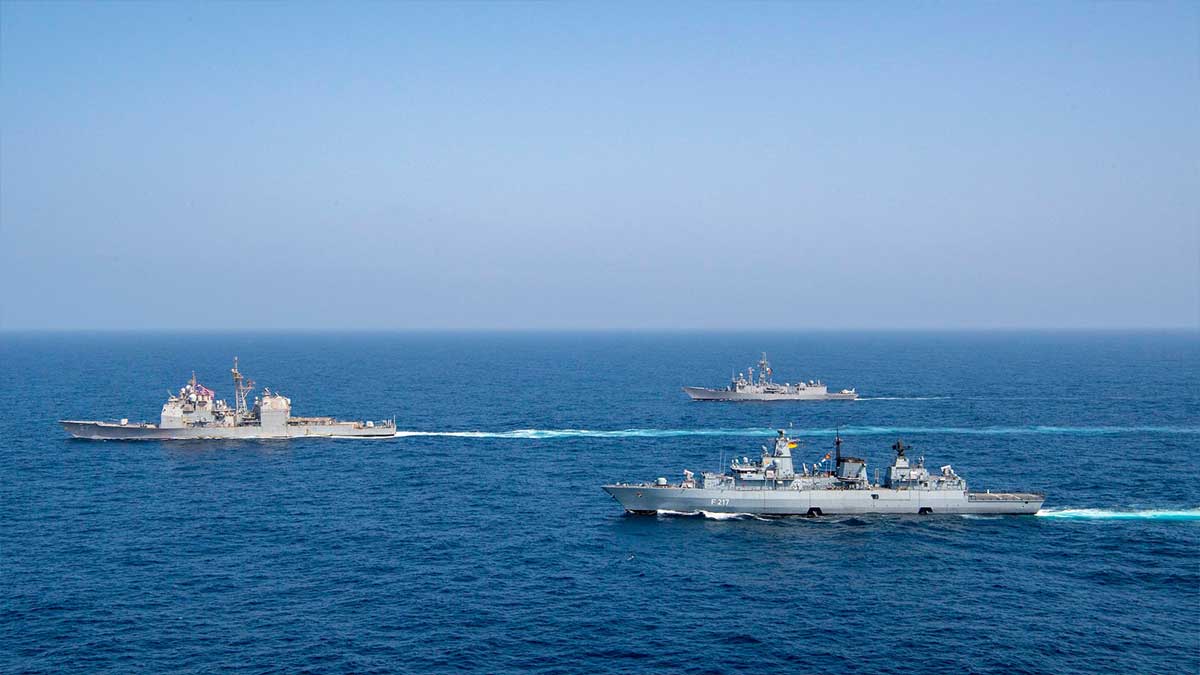 Joint naval exercises involving Pakistan and the United States were held in the northern Indian Ocean on Thursday, highlighting the two countries’ connection and cooperation, according to Director General Public Relations (Navy).

The USS Whirlwind (PC-11) and USS Squall took part in the exercise, which included tactical drills like as rescuing a burning vessel, releasing a hijacked vessel, and shooting at air targets at night.

The drill involved the navy’s ships, assets, and Special Service Group (SSG) troops, according to a press release.

The US Navy expects its crew members to conduct visit, board, search, and seizure training with the Pakistan Navy.

“We are really happy to visit Pakistan as we strengthen our partnership and sharpen our competitive edge in a very dynamic region,” said Whirlwind commanding officer Lieutenant Commander Martin Dineen.

The USS Whirlwind and USS Squall are crossing the Middle East in assistance of maritime security and stability operations.

On January 18, Pakistan Navy Commodore Vaqar Muhammad took command of Combined Task Force (CTF) 150, one of three task forces under the Combined Maritime Forces (CMF) that operates outside the Arabian Gulf to destabilize criminal organizations’ illegal actions, such as the illegal transportation of drugs, weapons, and people.

“We are able to establish trust via meaningful cross training and give a robust interdiction capability to the Pakistani commander of CTF 150 as we expand our alliance with Pakistan,” stated Lieutenant Commander Todd Strong, commanding officer of Squall.

The US Fifth Fleet’s operational area covers around 2.5 million square miles of water, including the Arabian Gulf, Gulf of Oman, Red Sea, and parts of the Indian Ocean.

The area is stretch to 21 nations and includes three critical choke points at the Strait of Hormuz, the Suez Canal, and the Strait of Bab al Mandeb at the southern tip of Yemen.