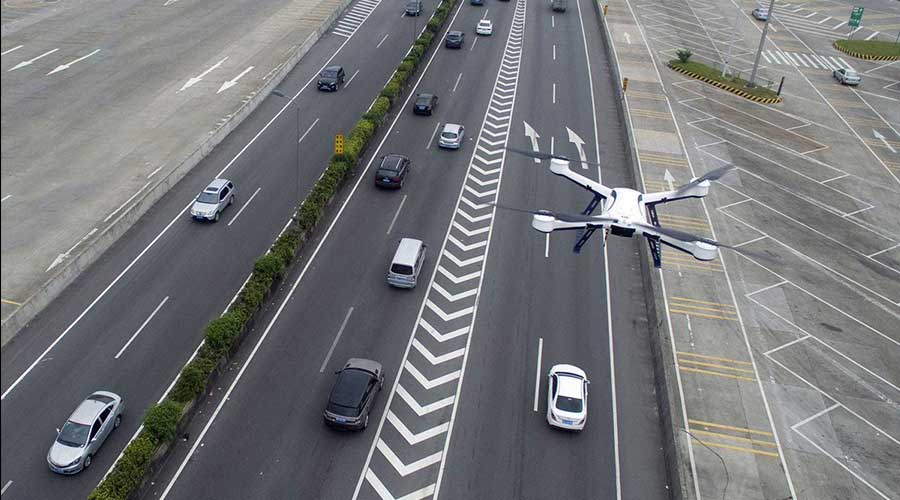 Pakistan is going to be the first country in the region to employ drone technology for the supervision of the highways and motorways network.

It has always been a difficult job to monitor the large system of the road network. Most efforts to collect roadway usage data either need big infrastructure or a large labor force. Technological development has now made things easier.

The unmanned aerial vehicles capable of carrying the sensors and communications hardware to relay data and direct to the ground are now available. It can cover a large area and focus resources. They can travel at a higher speed than traffic on roads and are not restricted to traveling on the road network.

Read more: Pakistan to have regulatory authority for drone use

Motorways network in Pakistan is going to complete in 25 five years of its inception. It has been planned to cater to all the new trends, prevailing in movement on the roads, helping Pakistan to become a country with a model road network like the networks of the developed countries. It has been therefore decided to make use of drone technology to monitor the motorways and highways.

In a virtual conference in National Highways and Motorways Police (NHMP) headquarters on Friday, headed by Inspector General Dr. Syed Kaleem Imam, a five-year-plan for catering future requirements and demands of the Motorway Police for its moderation was discussed in detail. The conference was attended by officers from across the country.

The existing traffic rules and regulations are also being examined for facilitating smooth and safe driving. The main objective of the five-year-plan is to ensure trouble-free, faster, and safe traffic movement.

The use of drone technology would be displayed towards the end of this month at few points on the motorways. The technology would help in not only controlling and managing the traffic volume across the motorways and highways for its smooth and safe flow but also provide for effective and timely interception of crimes.