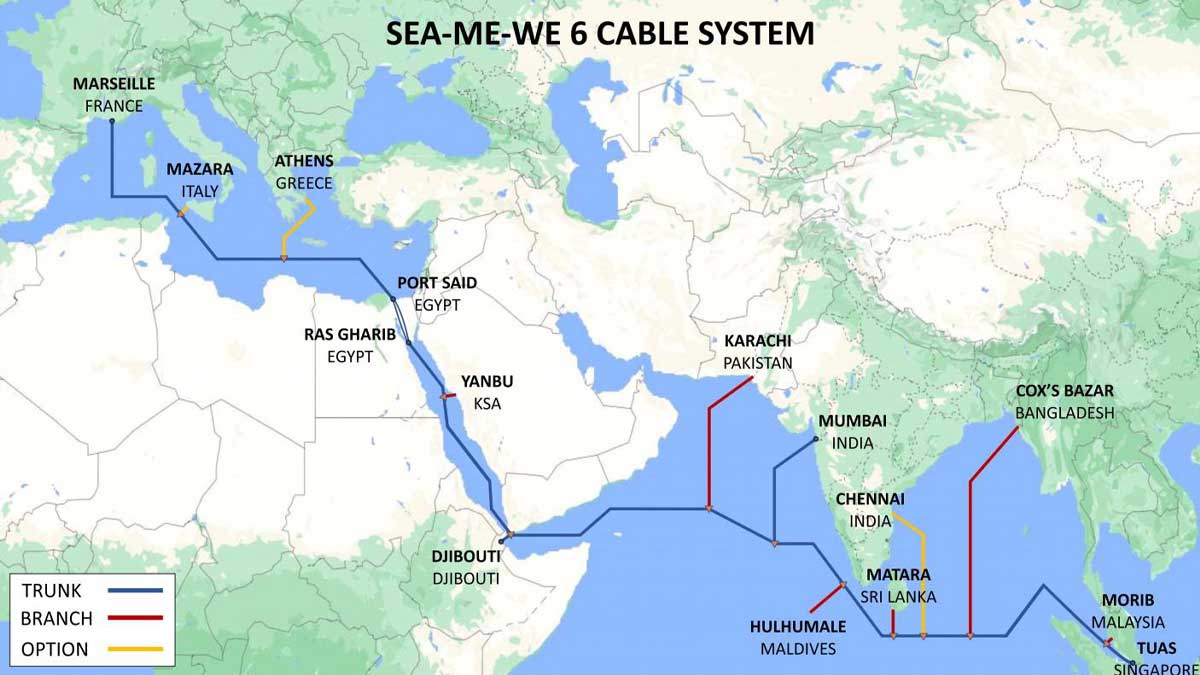 Pakistan’s Trans World Associates has announced that it is becoming a major part of a consortium that will operate and manage SEA-ME-WE 6 submarine cable.

In line with the provided details, SEA-ME-WE 6 cable will be live and set for service by Q1 2025.

The Southeast Asia-Middle East-Western Europe 6 (SEA-ME-WE 6) has a 19,200 km-long submarine cable system that connects Pakistan with several countries between Singapore and France. SEA-ME-WE 6 will provide one of the lowest latencies accessible between Southeast Asia, the Middle East, and Western Europe, carrying more than 100 Tbps, which is equivalent to 40,000 high-definition videos each second.

“To meet the ever-increasing demand of bandwidth and to play a pivotal role in the forthcoming era of 5G, Transworld has joined the SEA-ME-WE 6 consortium, to build the latest state-of-the-art high-capacity submarine cable system.”

While explaining the proficiency of the cable, Mr. Kamran Malik said that SEA-ME-WE 6 will have more fiber pairs and more than twice the capacity compared to earlier SEA-ME-WE cables.

“SEA-ME-WE 6, in conjunction with SEA-ME-WE 5 and Transworld’s 100 percent owned private cable TW1, will provide resilient, strong, and redundant network access to our clients, as well as increased flexibility and reliability. Transworld is well-positioned to preserve its position as the preferred operator in the post-5G era.”

He further said that SEA-ME-WE 6 offers an additional layer of diversity and flexibility for the high traffic density route between Asia and Europe, stiffening the overall network of each consortium partner, via trans-Egypt’s new geo-diversified crossings and landing points.

Through the additional flexibility, the service providers in the consortium can easily scale capacity, shield traffic from failures, and minimize the total cost of network ownership.