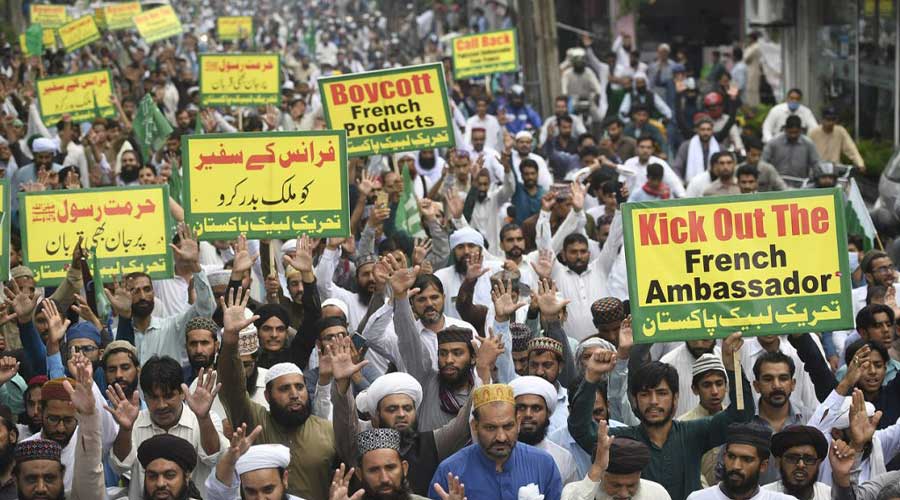 The Ministry of Foreign Affairs called the French Ambassador to convey the deep concerns over the latest republication by Charlie Hebdo.

“Pakistan strongly condemned equating Islam with terrorism, for narrow electoral and political gains. Such provocative statements and actions were fanning inter-religious hatred, hostility and confrontation thereby imperiling efforts of peace and harmony among various segments of society,” the MoFO said in a statement.

These prohibited and Islamophobic activities offended the feelings of Muslims from around the world. These actions are not defendable by using the name of freedom of expression.

It was recapped that freedom of expression cannot be used as a means to attack or hurt the feelings of public, or religious beliefs and become the cause of inter-religious hatred, aggression and skirmish.

The French Ambassador was told that these incidents will further divide peoples and weaken the global ambitions for inter-faith harmony.

“At a time of rising racism, intolerance and populism, there is a need to promote harmony among peoples and communities instead of reinforcing stereotypes and making people alienated.”

Foreign Minister Shah Mehmood Qureshi also requested the United Nations (UN) to take stern actions contrary to the hate against Islam. He further stated that there is anger in the world over the blasphemous caricatures.

The FO Minister also stated that the negligent statement by French president Macron has helped in increasing fire. He said no one has the authority to offend billions of Muslims by using the garb of “Freedom of Speech”.

Regarding this incident, the Prime Minister of Pakistan also wrote down a letter to Facebook CEO Mark Zuckerberg and urged him to place a ban on Islamophobia content on the platform.