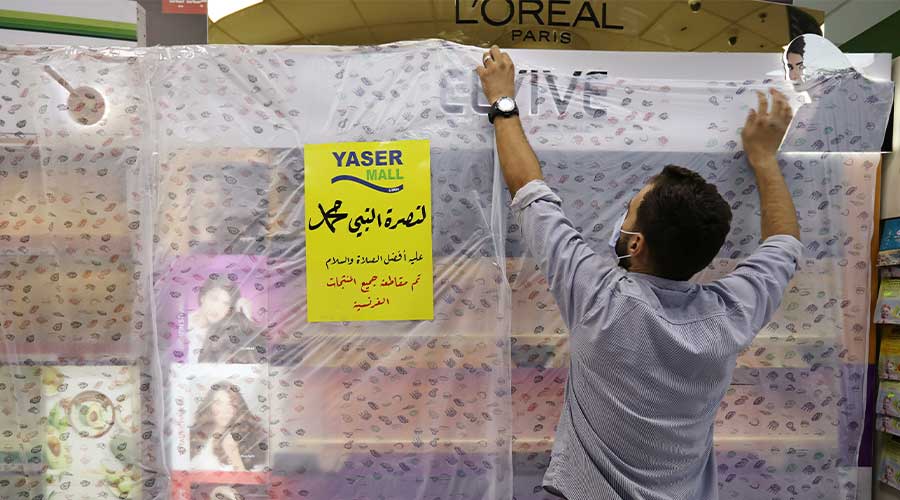 Anger and criticism mounted towards French President Emmanuel Macron due to his anti-Islam rhetoric and talking in favour of blasphemous activities against Prophet Muhammad (PBUH) have moved the Muslims around the world to call for the boycott of French products.

Social media is calling for a ban on French products with #BoycottFrenchProducts trending in many Muslim countries including Pakistan. To give a boost to the boycott campaign Kuwait and Qatar have already removed French products from their markets.

Last month President Macron decided to support French magazine Charlie Hebdo’s decision to republish caricatures of the Prophet Muhammad (PBUH) by labelling it freedom of speech. After Macron’s approval, the publishing of blasphemous cartoons all over France started which triggered billions of Muslims around the world.

Due to this, a French teacher Samuel Paty was killed by a Muslim student who showed the caricatures in the class by calling it a “freedom of speech”.

Macron cashed on the death of the teacher and called it a national tragedy. He gave the departed teacher an official commemorative and declared him the prey of foolishness and hate.

Condemnation from Top Leaders and call for Boycott French products

The constant anti-Islam expression attracted criticism from Muslim leaders around the globe including Turkish President Recep Tayyip Erdogan and Prime Minister of Pakistan Imran Khan. Turkish President Erdogan called Macron a mental patient and advised him to see a doctor.

While addressing a ceremony Erdogan further said: “Islamophobia will overwhelm Europe and it will end itself in this cycle.”

On the other hand, the PM of Pakistan Imran Khan penned a letter to Facebook owner Mark Zuckerberg to ban Islamophobia on the social media platform and accused Macron of intentionally aggravating Muslims rather than doing the right thing to not support the publisher.