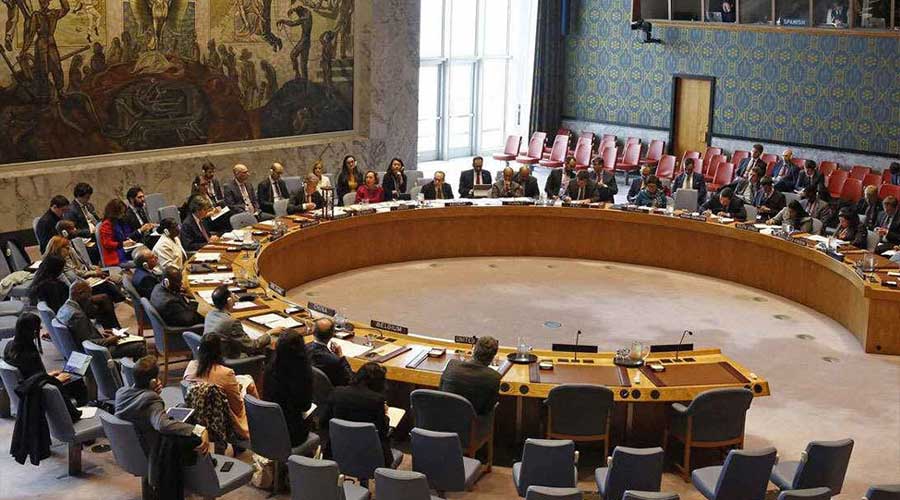 Pakistan has highlighted the threat posed by extremist Hindu groups to thousands of Islamic monuments in India and called for including those religious shrines on UN protected religious sites.

While speaking at the launch event of the UN programme on protection of religious sites from terrorist attacks, Ambassador Munir Akram described the threat posed by state-sponsored violent nationalist ideologies and movements in India as “most dangerous”.

The Pakistani envoy started speaking, “Their programme is to eliminate the heritage and legacy of Islam in India through the destruction of Islamic shrines and monuments and the transformation of India’s Muslims into second class citizens, or non-citizens.”

“This ominous neo-fascist plan commenced with the criminal destruction of the historic Babri Mosque in Ayodha by BJP-RSS zealots in 1992,” he said, pointing out that the Indian Supreme Court had acquitted the criminals who destroyed it.

“Far from being punished,” Ambassador Akram added, “they were given the site of the demolished Babri Mosque to construct a Hindu temple”, and, “shamefully”, the foundation stone of the temple was laid by the Indian Prime Minister Narendra Modi on the first anniversary of India’s latest siege in occupied Jammu and Kashmir.

“Like the Babri Mosque, there are thousands of Muslim Islamic religious shrines and monuments which are threatened by the Hindutva fanatics,” he said.

“The OIC has repeatedly called on the Government of India to take immediate steps to ensure the protection of the over 3,000 mosques and Islamic Holy sites across India and the protection of India’s beleaguered 180 million Muslims who have been mercilessly massacred in numerous large and small pogroms.”

Permanent Representative of Pakistan to UN further pointed out the terrorism of hate which is increasing at borders of India while the same activity is being done in occupied Jammu and Kashmir and against Pakistan.

“We have ample evidence that the attacks by the UN-designated terrorist group, the TTP and JuA, are being sponsored by Indian intelligence agencies,” he said, adding that evidence has been shared with the Security Council’s 1267 Sanctions Committee, with the hope it would take appropriate actions.

“Pakistan will do whatever it takes to defeat terrorism and the designs of our enemy with a comprehensive, whole of government and whole of society strategy,” Ambassador Akram said in conclusion.