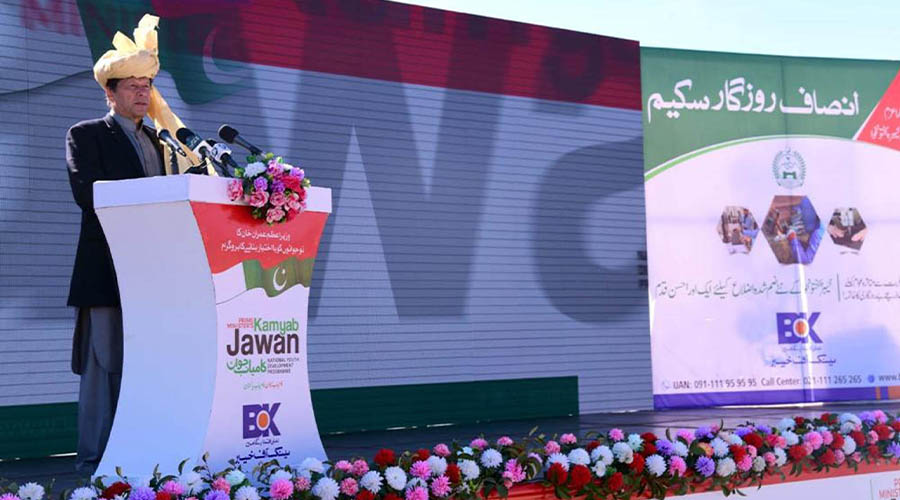 Prime Minister, Imran Khan while addressing the cheque distribution ceremony for successful applicants of the Kamyab Loan Scheme and the Youth Internship Scheme said, “I know that 3G and 4G is important for education and development, this was a huge demand of the youth, one that was justified.” He announced that 3G and 4G services will be available in Waziristan from today.

Prime Minister said that “Security Issues” were the main reasons for the delay behind the provision of 3G and 4G internet services in the Waziristan region. “(India) is trying hard to spread terror in Pakistan. We know of their efforts to spread chaos in Baluchistan, we have all the knowledge. Even in Waziristan, they are trying to instigate the youth against Pakistan. So that is why there was a problem regarding 3G/4G services which terrorists could also use.”

While talking about the poverty in Waziristan, Imran Khan said, “That is why we have Ehsaas program the aim of which is to uplift those, living below the poverty line by giving them cash stipends and scholarships.” The prime minister assured that the government would continue to work for the welfare of the people of the region.

Special Assistant on Poverty Alleviation and Social Safety to the Prime Minister of Pakistan in a statement said over 25 percent population of South Waziristan was going to benefit from the Ehsaas Kafaalat programme in 2021.

He said that whoever you voted for, it doesn’t make the difference to us. We will try to uplift this area and will provide whatever facilities we can, the government is working on bringing an olive revolution in the area.

Usman Dar, the Special Assistant Prime Minister on Youth Affairs who was present on the occasion was also directed by the Premier to increase the number of scholarships, being provided to the people of the region.