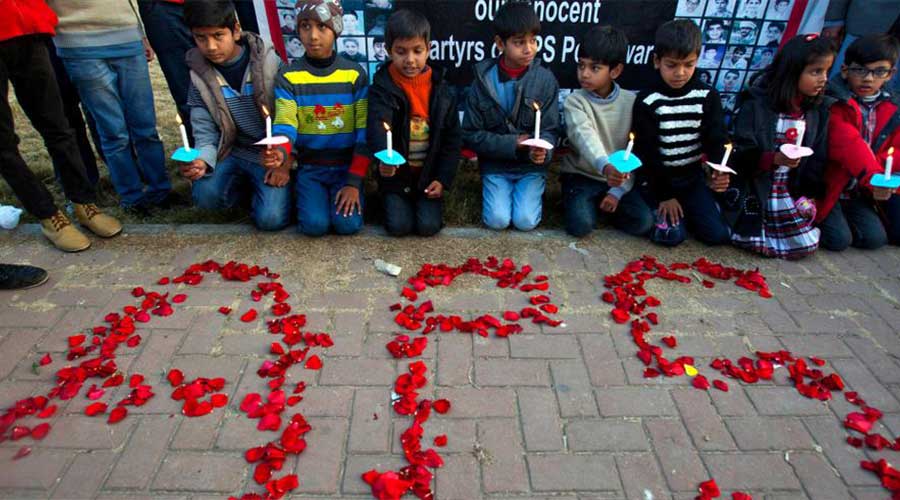 Dr. Moeed Yusuf, the Special Assistant to the Prime Minister on National Security said that India was behind the terrorist attacks in Pakistan that include Peshawar APS in 2014, Karachi Stock Exchange, Gwadar hotel and Chinese Consulate.

Dr. Moeed Yusuf disclosed the information while giving an interview to the Indian journalist Karan Thapar.

“Islamabad has solid proof of New Delhi’s involvement in these four attacks and links of India with terrorism,” he said. Pakistan knew all the officers involved from India had links with the terrorist organizations and very soon Pakistan will expose the Indian activities in the region by a comprehensive report based on lengthy investigations.

The Special Assistant to PM also revealed that Raw agents are working with Afghanistan and from there they planned the attack on Chinese Consulate in Karachi, PC Hotel in Gwadar and the PSX in the last two years. He also claimed that BLA a Baluchistan-based extremist party is also backed by India and terrorists from BLA are getting treatment in New Delhi hospital.

It was also claimed by the SAPM that India spent millions of dollars in order to merge Tehreek Taliban Pakistan with four other terrorist groups which are administered by the Indian agency Raw.

Dr. Moeed Yusuf also disclosed to the Indian journalist that the mastermind behind Peshawar APS was in contact with the Indian Consulate as Pakistan had the phone number of his handler. “We have solid evidence of India’s involvement in the attack in which 144 innocent children were massacred,” he said.

Another truth was revealed by the National Security Assistant that Aslam Achu who masterminded the Chinese Consulate attack was later on treated in the New Delhi hospital, which clearly shows the connection of India with terrorists.

Furthermore, talking about peace between both countries, Dr. Moeed said that the PM Imran Khan stance is very clear that India takes one step then Pakistan will move two steps. However, India must release all the prisoners in Indian Illegally Occupied Jammu Kashmir (IIOJK), lift the military siege, reverse the domicile bill and must stop all human rights violations in Kashmir so that both countries can start dialogues.

While answering the question regarding terrorism, Dr Moeed Yusuf said that Pakistan is ever ready to cooperate with the Indian government regarding facilitating investigations in all pending cases of terrorist activities in the court but India always delayed the process by not providing proves. He lashed at Indian policy by not bringing in the culprits of Babri Masjid, Samjhota express and Malegaon blast case into justice whereas it accused Pakistan of delays.

When questioned about Kulbhushan Jadev, the National Security Advisor said that the International Court of Justice (ICJ) had given three obligatory remarks which include review or reconsideration of conviction, consular access and stop the death penalty.

Dr. Moeed said “Pakistan gave consular access to Kulbhusan twice as per ICJ observation and for the third time the Indian agent said he wanted to file a mercy petition against his conviction.”

Pakistan always believed that the UNSC resolutions are the only solution in order to move ahead with the dispute. The Indian propaganda will never shake Pakistan from its opinion on Kashmir.

Pakistan always stood for harmony and would welcome India to come to the table only if the lives of Kashmiris in IIOJK are secured, agree that Kashmiris recognized as the third legal party to any dialogue and India must stop its state sponsoring terrorism against Pakistan.

In the interview, SAPM also mentioned the 27 February 2019 incident and warned India that any mishap from neighbour country would result in the same response by Pakistani forces.