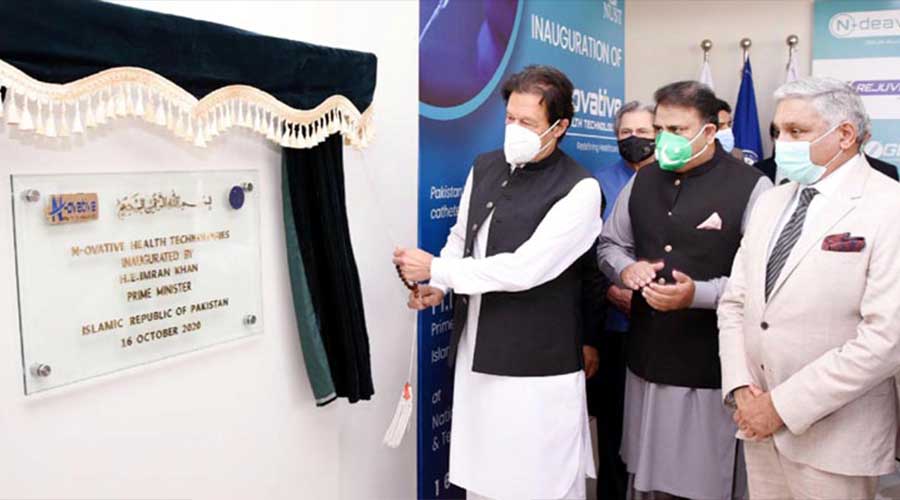 Prime Minister of Pakistan Imran Khan inaugurated the first-ever local cardiac stents producing unit in the country at NUST University on Friday. The development is the ground-breaking initiative in Pakistan’s medical device industry and Made in Pakistan initiative.

The facility – ‘N-ovative Health Technologies‘ at National University of Science and Technology (NUST) has started mass production of cardiac stents and angioplasty balloon catheters for general public at affordable prices.

Pakistan has become the second Muslim country after Turkey and 18th country globally to indigenously produce heart stents with the inauguration of the N-Ovative Health Technology Facility.

This is the first facility in Pakistan that will locally manufacturer cardiac stents. Pakistan becomes the 18th country in the world to do so.”

The Prime Minister at the event said that with a large number of heart patients in the country, the step was significant in the provision of medical treatment with an exponential price difference besides facilitating the financially weaker sections of society.

He expressed satisfaction over NUST setting a precedent of an academia-industry linkup, which he said, was extremely important in exploring the benefits of knowledge and innovation in true spirit.

Moreover, Fawad Chaudhry Federal Minister for Science and Technology said that Pakistan will soon take another big step in medical technology after the inauguration of the facility.

“Today, the prime minister is inaugurating [a] heart stents manufacturing [facility] at NUST Science Park,” tweeted the minister. He added that the stents will be produced according to European standards, and would put Pakistan among a group of select countries that can produce stents.

According to Special Assistant to Prime Minister on Political Communication Shahbaz Gill, this step of PM has made Pakistan the ‘second Muslim country’ in the world and South Asia after Turkey and India, respectively, to produce stents. “It will save Rs 8 billion annually in foreign exchange. Congratulations to the nation and scientists,” said Gill.