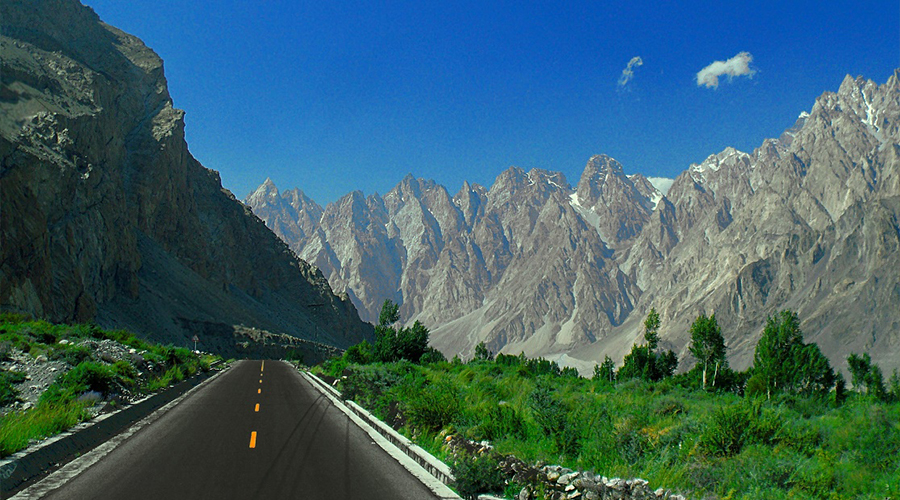 Pakistan is going to have another major route connecting China under the China-Pakistan Economic Corridor (CPEC), the alternate route would be around 350 km shorter than the existing routes via Khunjerab pass.

In a recent development, it has been proposed that the land route of CPEC between Pakistan and China may be shortened. According to the details available, the Gilgit-Baltistan’s works department was asked to prepare the “Concept Clearance Proposal” for the new route which would pass through Shigar, Skardu, and Astor districts of Gilgit-Baltistan and connect to Muzaffarabad district of Azad Jammu and Kashmir.

It is reported that the concerned departments of these districts have been asked to submit the Concept Clearance Proposals for the construction of 33 feet wide road from Yarkant (the border of China) to Gorikot in Astor via Shagarthang, Skardu at the earliest.

Maisam Kazim, the GB Minister told the media that he had a meeting with Murad Saeed, the federal minister for Communication and Postal Services and the federal Minister was satisfied with the proposal.

The GB minister said that the federal Minister said “After the approval of the concept clearance proposal by the relevant CPEC forums, the government would initiate work on the mega project by the end of this year.”

The new proposed alternate CPEC route would be around 350 km shorter than the existing land route between Pakistan and China. A Chinese delegation had already visited the Shigar and Skardu districts of Gilgit-Baltistan where the people and political leaders had informed it about the historic trade route between the Baltistan region and China’s Yarkant.

He added that the proposed route after crossing the border at Yarkant, an oasis city in southwestern Uygur Autonomous Region of Xinjiang, far western, would connect Shigar, Skardu, and Astore districts of Gilgit-Baltistan before touching Muzerffabad.

The CPEC is the game-changer not only for the region but has the power to change the direction of world trade after its completion. More than 65 countries of the world have directly or indirectly been attached to CPEC which is a multi-billion-dollar project.

The project is being looked after not merely by a small department of the government of Pakistan rather an authority has been formed to look at all the affairs, related to this mega historic project.