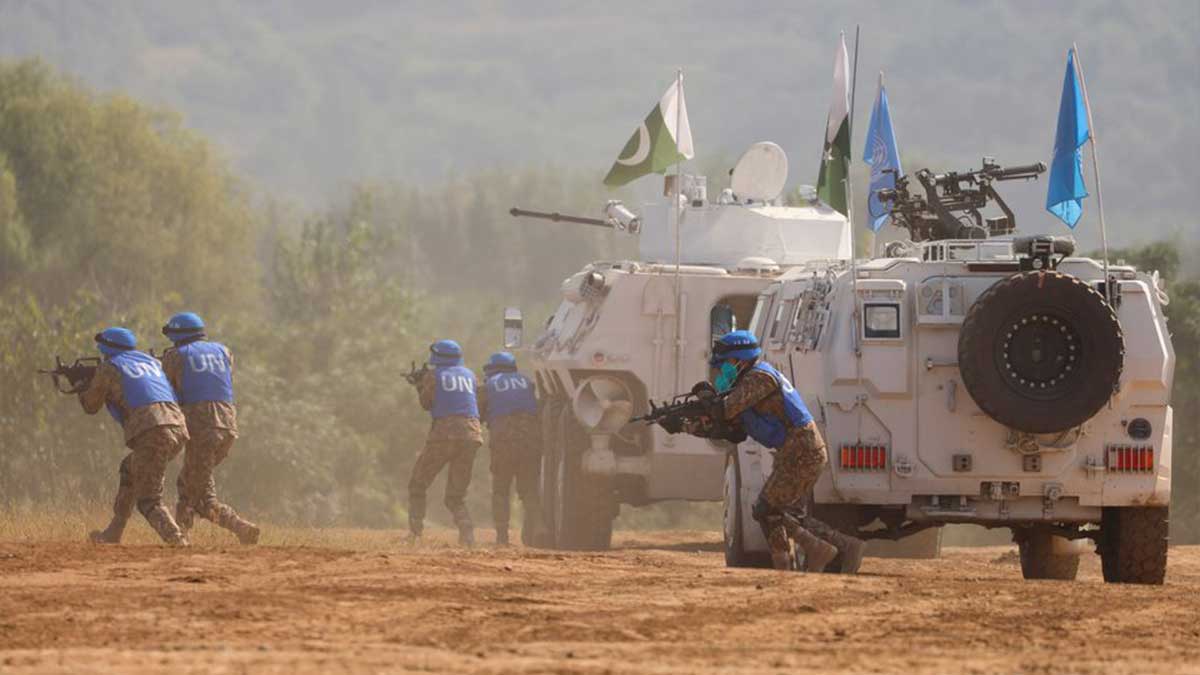 China wrapped up its first international peacekeeping exercise, depicting the extent of its military strength on a colossal training ground encompassed by mountains.

Details revealed that troops from Pakistan, Mongolia and Thailand consolidated with China’s armed forces for the 10-day exercise called “Shared Destiny 2021.” The drill took place at the military base in Queshan County in central Henan province.

China is the world’s second-largest country after the US that spends the maximum of its budget on its defense. And pressures have intensely increased between rival powers as Beijing has dispensed trillions of Yuan into the modernization of its military.

Although the country has frequently sought to alleviate uncertainties over its military intentions, depicting itself as a nonviolent counterpoint to what it calls the “bullying, hegemonic behavior” of Washington.

Meanwhile, Senior Colonel Lu Jianxin expressed reporters summoned to the base that the exercise “demonstrates China’s support for the multilateral system centered on the UN” as Beijing wanted to put its defense peacekeeping on full display.

Furthermore, Loads of armored vehicles, helicopters, bulldozers, and tanks, bearing the UN sign were militarized for the event.

As per UN data, by the end of July China became the eighth-largest subsidizer to peacekeeping troops, having 2,158 military workforces engaged around the world.

Chinese militaries are mostly engaged in Mali, South Sudan, Lebanon and the Democratic Republic of Congo.

While visiting Asia last month, US Vice President Kamala Harris pronounced China’s differences with its neighbors over the South China Sea as undermining “the rules-based order and threaten(ing) the sovereignty of nations”.

Moreover, China, the second-largest financial contributor, footed 15% of the total expenditures for UN diplomacy operations in 2020.