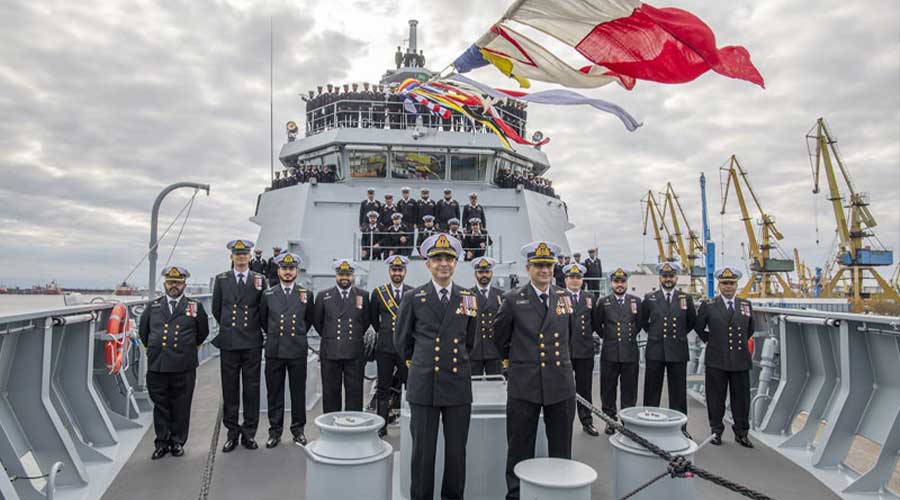 The commissioning of PNS Tabuk marks the completion of the two-vessel order with Damen, signed by the Pakistan MoD in 2017.

The Pakistan Navy has commissioned its new Damen-built corvette known as PNS Tabuk into its fleet. According to the statement by DGPR Navy the PNS Tabuk’s ceremony was held at Romanian’s Port of Constanta.

This is the second of the two 2,300 tons corvettes that Damen constructed under a contract signed by the Pakistan Ministry of Defence back in June 2017. The first vessel which was named PNS Yarmook made its way into the Pakistan Navy fleet was in February.

The vessels are very influential, multipurpose, highly adaptable platforms, which have the capability to carry out diverse operations in problematic nautical situation.

Unmanned Aerial Vessel (UAV), two rigid-hulled inflatable boats along with a helicopter can be launched at once from the vessels.

The MD of Damen Shipyards stated that “Damen has been involved in many projects in Pakistan since 1986 and we are very proud of this long-lasting and trusting cooperation.”

“Such an achievement is only possible with good coordination, skillful workmanship, excellent teamwork, and good cooperation between all parties involved.”

Furthermore, “Despite the unprecedented challenges of the pandemic, the Pakistan, Romanian and Dutch project teams have managed, with perseverance, to continue their work to successful completion.”

Senior officers from Pakistan Navy attended the commissioning ceremony and while addressing the ceremony, the Commanding Officer of PNS Tabuk talked about the importance of this project and stressed the added set of abilities included in the Pakistan Navy operational range with the involvement of these powerful platforms.

The Commanding Officer also highlighted the impact through these platforms to certify advancement and continuous readiness in the area of operation.

The company will also support the service and maintenance of PNS Tabuk.