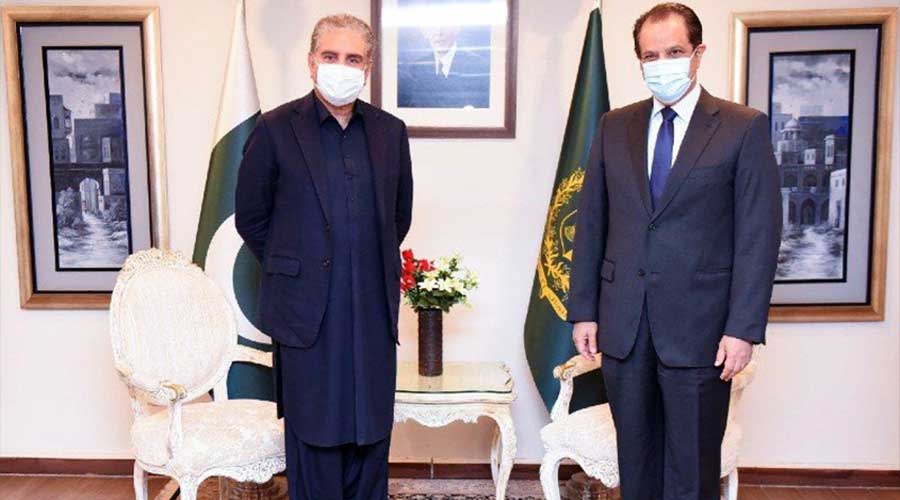 Pakistan and Kuwait have expressed resolve to enhance cooperation in economic, trade, oil and gas, energy, investment, agriculture, IT, and health sectors.

He expressed the need of enhancing cooperation between Pakistan and Kuwait, especially in the areas of trade, investment, manpower export, and food security.

Shah Mehmood Qureshi emphasized the importance of facilitating the travel between the two countries as, to him, it could be instrumental in enhancing bilateral interactions in a lot of fields.

The Foreign Minister of Pakistan greatly appreciated the role of the Kuwaiti leadership which was played to resolve the issues among the countries of the Gulf Cooperation Council (GCC).

The Assistance Foreign Minister of Kuwait said that his visit reflects the deep desire of Kuwaiti leadership of enhancing cooperation and collaboration with Pakistan in different fields.

During the meeting, both sides expressed satisfaction over mutual collaboration in multilateral organizations, particularly UNO and OIC.

According to the foreign office, views were also exchanged about the regional developments including stability in Gulf, Middle East, and China-Pakistan Corridor (CPEC).

The Secretary, Economic Division emphasized the need of increasing economic relations between the two countries. The Secretary appreciated the support of Kuwait for development projects in Pakistan and the cooperation regarding the debt suspension facility, provided by the Kuwait Fund for the Arab Economic Development to overcome Covid-19.

The Secretary Economic Affairs Division emphasized the need to sign a Framework Agreement with Kuwait Fund for financing the various projects in the infrastructure, energy, and social sector. The Kuwaiti delegation also called on the Interior Minister, Sheikh Rasheed Ahmad.

During the meeting, both sides agreed to enhance the bilateral relations. Processing regarding the Kuwaiti visa issues of Pakistanis was considered to be satisfactory.

The Assistant Foreign Minister of Kuwait gave the invitation to Sheikh Rasheed to visit Kuwait from the Kuwait Ameer. He also emphasized the need of enhancing cooperation between the two countries about security issues.