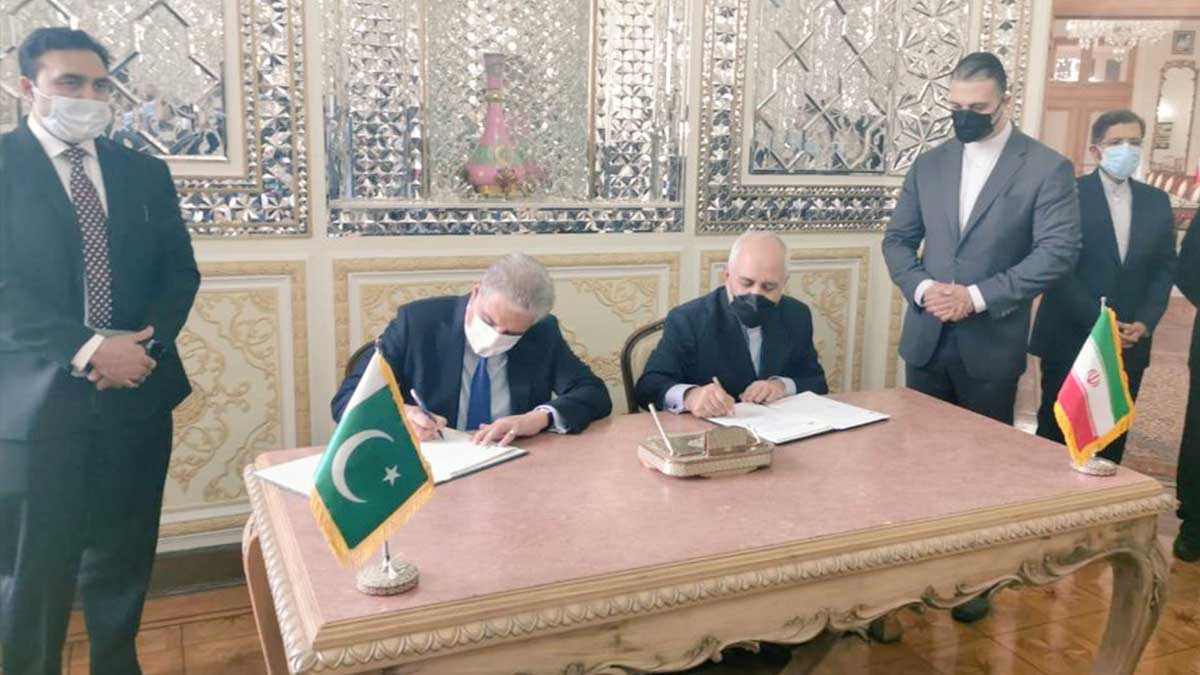 Pakistan and Iran have signed a Memorandum of Understanding (MoU) to create three border markets in their shared border region.

The Memorandum of Understanding was signed during Foreign Minister Shah Mehmood Qureshi’s official visit to Iran, where he met with Iranian President Hassan Rouhani and other senior government officials.

According to the Memorandum of Understanding, Pakistan and Iran have agreed to create joint markets along their shared border.

As a result, three bazaars will be established in the first phase at the border points of the Kuhak-Chadgi, Rimdan-Gabd, and Pishin-Mand areas.

Later in the plan’s phase 2, joint border bazaars will be built in three more border points.

These border markets will be handled according to the methods that the two countries have agreed upon.

Iran’s Foreign Minister, Javad Zarif, also tweeted about the MoU, posting photos of him and Qureshi signing the official document.

Rouhani articulated his drive to develop Iran’s bilateral ties with Pakistan in trade, investment, connectivity, and border management during his meeting with FM Qureshi earlier this week.

President Dr. Arif Alvi and Prime Minister Imran Khan sent a message of goodwill to President Rouhani and the brotherly Iranian nation through the foreign minister.

According to FM Qureshi, the government is focused on improving bilateral ties with Iran and promoting bilateral cooperation in various fields of mutual interest under PM Imran Khan’s vision.

He defined the two countries’ relationship as cordial, connected, and strong, based on shared history, culture, religion, and language.

He said the Pakistani leadership thanks Iran’s Supreme Leader Ayatollah Ali Khamenei and President Hassan Rouhani for their continuous support for Pakistan’s stand on Kashmiris.