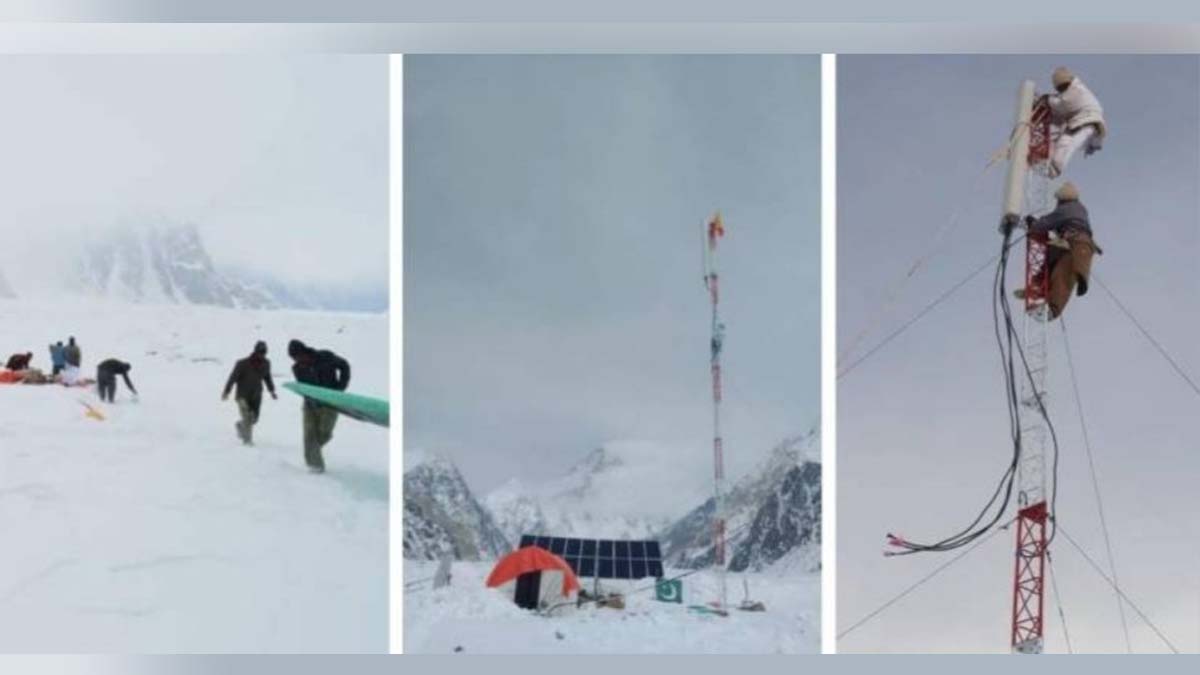 The first-ever mobile phone tower was built at the K2 base camp by the Special Communication Organization, a government agency under the Ministry of Interior.

The project’s objective is to make it easier for visitors and mountaineers to get around. It will enable mountaineers to communicate with their teams while trying to reach the summit of the world’s second highest peak.

It’s worth noting that Ali Sadpara, a mountaineer, was martyred in the same place only a few months before. The legendary mountaineer lost contact during his journey along with two other international mountaineers.

In the new Pakistani province of Gilgit-Baltistan, mountaineers and visitors will now be able to use their cellphones and access the internet on the mountain, according to Tourism Minister Nasir Ali Khan.

They had to rely on satellite phones to communicate with the base camp previously. Because of the extreme weather conditions in the winter, climbers had a hard time communicating with one another.

According to the minister, the British government is doing more to help visitors. Pakistan has also started twice-weekly flights between Lahore and Skardu.

He stated that the government would soon open a new route for both domestic and foreign travelers.

Meanwhile, as announced by the tourism minister, the GB region will be having 4G internet services soon.

Mount Everest, the tallest 5G tower in the world

Before the establishing of a cell phone tower at K2 base camp, China already installed 5G tower in the tallest mountain of the world, Mount Everest back in 2020.

According to reports, a team of Chinese surveyors summited Mount Everest on May 27, 2020, to remeasure its height. Furthermore, Chinese telecom companies Huawei and China Mobile used the exploration to construct a fibre optic data network up the mountain’s side, claiming to be the world’s highest 5G network.

A live, remote broadcast from Everest was also broadcast by China Central Television (CCTV). It did so by setting up three TVU One cellular mobile transmitters at the base camp with new embedded 5G modems for regular coverage. At 5,800, 6,500, and 7,800 metres, as well as at the summit, the TVU Mobile Anywhere app was put to the test (8,848 meters).