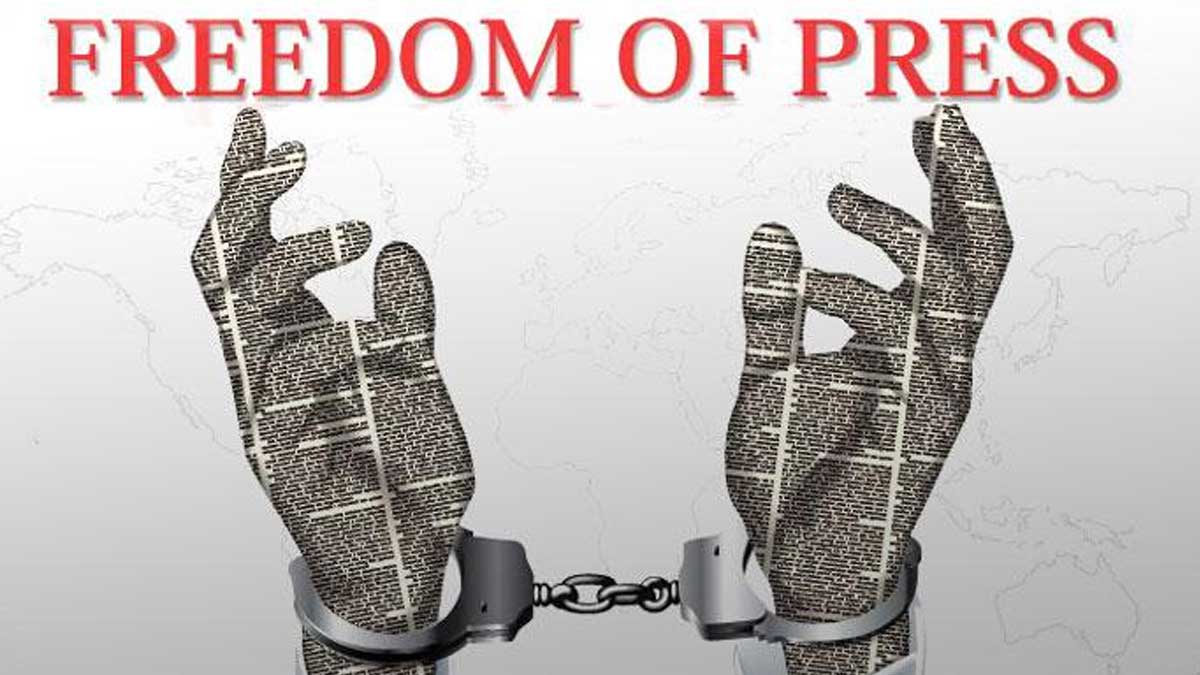 According to media reports, Pakistan has slipped further down the list of countries in respect of journalist protection in Reporters Without Borders (RSF)’s 2022 World Press Freedom Index.

Pakistan has dropped 12 spots to 157th place out of 180 countries, according to the RSF study. According to media, Pakistan was rated 145th on the list last year.

According to media, Pakistan was rated 145th on the list last year.

The President of the Council of Pakistan Newspaper Editors (CPNE), Kazim Khan, expressed his concern over the deteriorating situation, saying that while one can disagree with editorial policy, no one can enforce their opinion on an institution.

Read more: Pakistan among 10 countries where internet freedom is on decline

Fazil Jamili, President of the Karachi Press Club, claimed that freedom of expression will be safeguarded by prioritizing personal interests over anything else.

Every year on May 3, World Press Freedom Day is commemorated to emphasize the key principles of press freedom and to inform the world about the current situation of journalism.

The day is also observed to demonstrate support and pay tribute to journalists who have been killed, injured, or harmed while performing their duties.

The disastrous impacts of news and information chaos — the effects of a globalized and unregulated online information space that encourages fake news and propaganda, according to RSF’s 2022 edition of the World Press Freedom Index, which analyses the state of journalism in 180 countries and territories — are highlighted in the World Press Freedom Index.

The expansion of opinion media that follow the “Fox News model” and the proliferation of disinformation circuits that are magnified by the way social media works are causing significant splits within democratic societies.

On a global scale, the disparity between free societies and dictatorial governments that dominate their media and online platforms while launching smear campaigns against democracies is weakening democracies. Increased tension is being fueled by polarization on these two levels.

This approach was reflected in Russia’s (155th) invasion of Ukraine (106th) at the end of February, since the military combat was preceded by a propaganda war.

China (175th), one of the world’s most repressive dictatorial regimes, employs its legislative arsenal to confine and isolate its populace, particularly Hong Kong’s (148th), whose population has dropped in the Index.