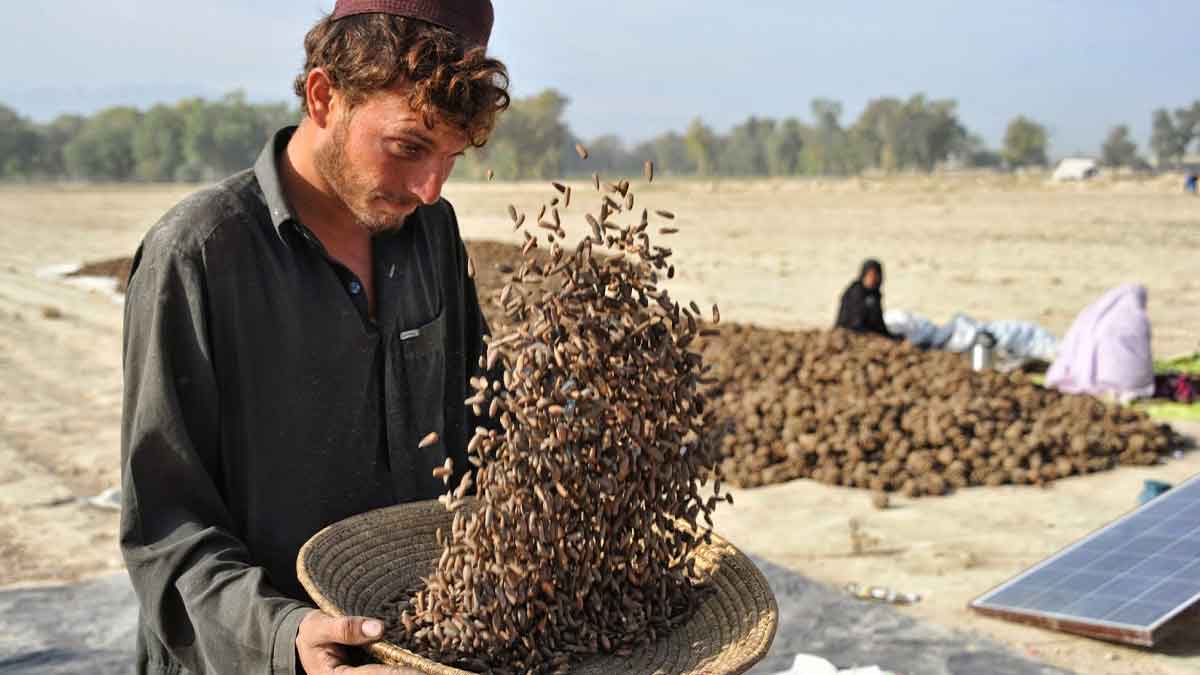 The export of Pine nuts to China during the first seven months of this year surpassed $41.48 million, as revealed by the official data from the General Administration of Customs of the People’s Republic of China (GACC).

While expressing his views, Yar Muhammad Niazi, Chief Executive of Hangzhou Aiza Food, and Shaoxing Aiza Trading said, ”The overall price of Pakistani pine nuts in the Chinese market is on the rise. This year’s season will start in late September and our target is to export 1,500 tons to China. China is a big market and we need to do B2B cooperation to capture a larger part of this market.”

Meanwhile, a resident of Balochistan, Qadir Baloch with his family has been associated with the pine nuts business for the last fifty-five years. He told the media men that they export pine nuts to China, the USA, Europe, and some Arab countries.

“Our business has been badly affected by the travel and trade restrictions imposed globally due to the COVID-19 pandemic; secondly, a fire engulfed thousands of pine nut trees in Sherani, Balochistan last May, which caused us a very huge loss,” he remarked.

Qadir further added, “I would like to use this platform to thank Iran and China for helping Pakistan take immediate measures to control the fire that had put the lives of wildlife at risk in Balochistan.”

During the last few years China has become the central destination for Pakistani pine nuts, thus local exporters are pleased that they can produce a handsome profit from the neighboring market, he said, adding, “China is one of the biggest buyers of pine nuts from Pakistan and even during the epidemic the Chinese government played a very vital role in having flexible policies in trade with Pakistan and that’s the reason why so far we have been successful to export pine nuts to China in huge quantity.”