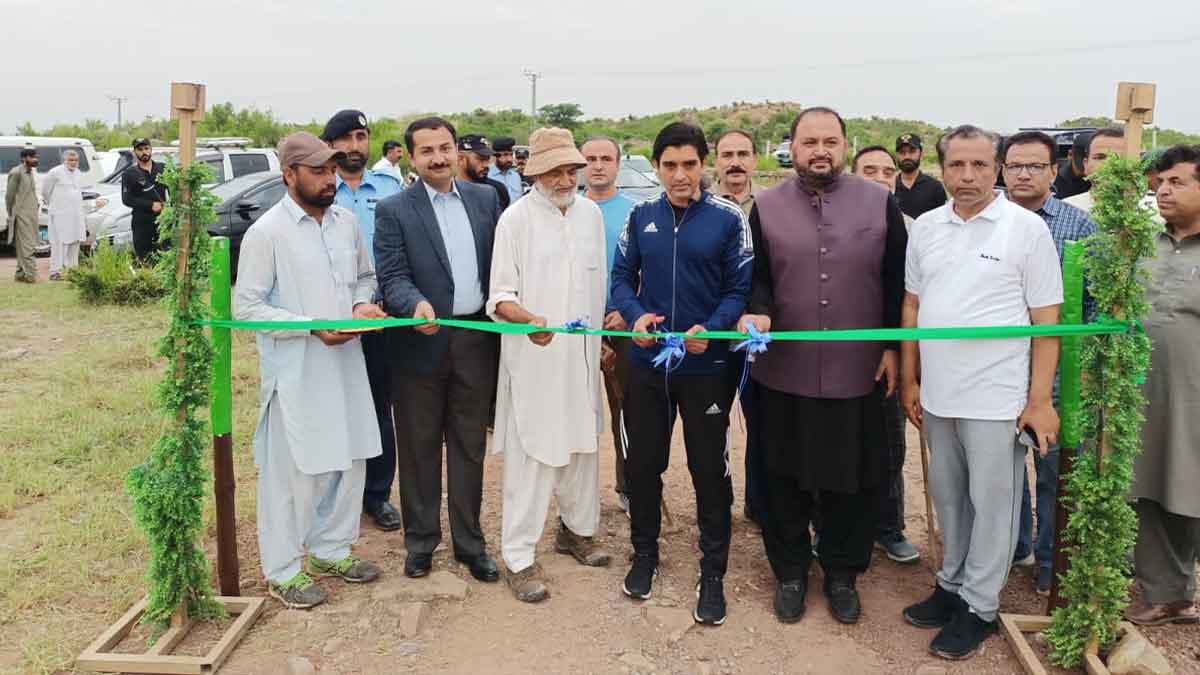 The Environment Wing of the Capital Development Authority (CDA) inaugurated a new hiking trail 7 in Islamabad’s Margalla Hills for hikers and tourists earlier today, thus promoting the tourism sector in the country.

According to the sources, the five-kilometer-long Trail 7 was inaugurated by the civic authority today at 6 AM. The trail runs from C-12 to Kainthia, Alexander Well.

In addition, the authority also resurrected ‘Trail 1’ and ‘Trail 2’ in the Margalla Hills for backpackers and visitors earlier this month after the completion of necessary restoration work including the installation of maps, milestones, and benches along the route.

After inauguration of the new hiking Trail, however, the newly-appointed chairman of Capital Development Authority (CDA) is now facing a controversy as Islamabad Wildlife Management Board (IWMB) has alleged that the trail belonged to the board and the CDA chief had no right to inaugurate it.

In a similar development, the Margalla Hills National Park’s Leopard Preserve Zone guided tours by the Islamabad Wildlife Management Board (IWB) have resumed.

Announcing the news on Twitter, the IWMB Chairperson Rina Saeed Khan Satti wrote the zone is found on hiking Trail-6 in the village of Kalinjar. Willing persons (minimum of two) can register for the tour by calling Park Ranger Ahmar Riaz at 0333-9038132.

The management of the IMWB will greet the registered tourists at the visitor center behind the Faisal Mosque before the guided tour.

According to the details given by IMWB, the tour involves walking or climbing around two kilometers into the area. The tour guide will brief the tourists of the leopards’ habits, range, and biodiversity. Besides, a documentary about the zone will also be viewed by them. The IMWB further said that this journey is only for those who are interested to learn about leopards and seeing their natural habitats.

To prevent any disturbance during the tour, the board further said that it will not host frequent hikers or trekkers.