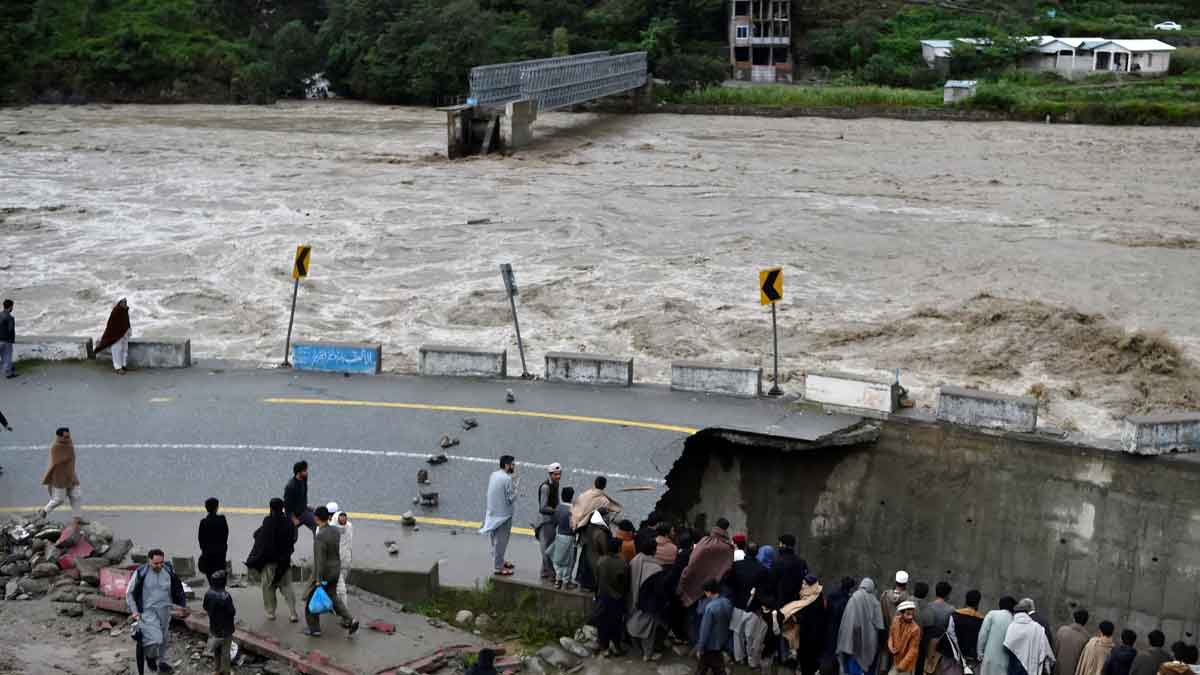 Engineer Ameer Muqam, Advisor to Prime Minister on Political and Public Affairs on Saturday revealed that all the concerned departments including National Highway Authority (NHA) have been mobilized for the rehabilitation of road links that are being severed by devastating floods.

He also acknowledged the efforts of PESCO authorities that are working hard round the clock to restore electricity in areas affected by floods. The Advisor noted that he had visited various regions of Dir and Bajaur with PESCO and NHA despite heavy rains and harsh weather conditions.

Informing the media in Swat, Ameer Muqam said that orders have been issued to NHA to restore road links and Peshawar Electric Supply Company (PESCO) to expedite efforts in the areas affected by floods. He added that the government is working tirelessly and efforts are underway to lessen the suffering of people including those who are living in hilly areas and are facing problems due to the damaging of links road.

He further informed the media men that a meeting with PESCO authorities was also held in Peshawar to assess the condition and start efforts to restore electricity in affected areas at the earliest. He added that equipment and necessary machinery has already been dispatched to restore electricity in affected areas situated on another side of river Swat.

Moreover, Ameer Muqam apprised that the Grid Station of Khawazkhela and Tank had been rehabilitated and efforts were in progress to start all the grid stations as early as possible that were affected by recent floods.

He cited that authorities were continuously monitoring rehabilitation and restoration work while the provincial government has also been informed to rescue people stuck on rooftops in areas of Charsadda and Nowshera.

He also highlighted and appreciated the efforts and dedication of Prime Minister Shehbaz Sharif to fight the situation; requesting the nation to shun differences and work jointly to face calamity and join hands to help affected people.