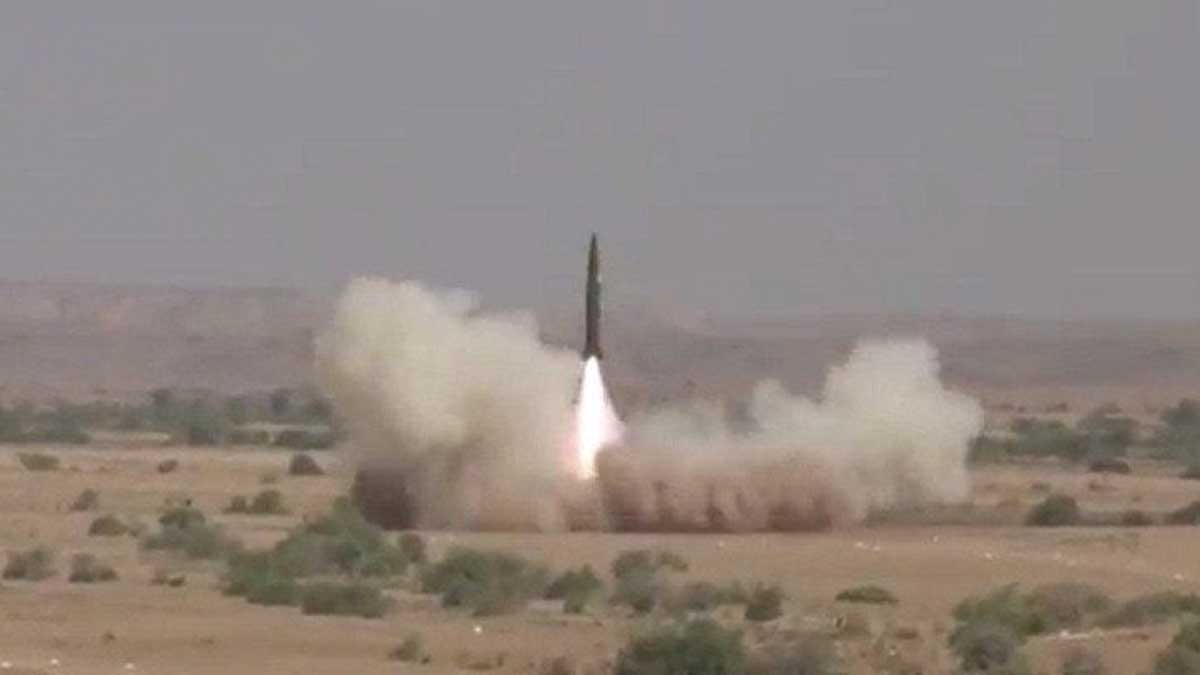 According to the Inter-Services Public Relations (ISPR), Pakistan successfully performed a training launch of the ‘Ghaznavi’ – a surface-to-surface ballistic missile — on Thursday.

The Army Strategic Forces Command carried out the launch, which was intended at “ensuring operational preparedness” and “re-validating technical parameters” of the weapons system, according to the military’s media wing.

It was the armed forces’ fifth missile test since the beginning of the year, following the launches of the Shaheen-3, Ghaznavi, Babur cruise missile, and Fatah-1.

The missile had a range of 900 kilometres, and the test flight was intended to re-validate the weapon system’s many designs and technological specifications, including an upgraded navigation system.

According to ISPR, the commander of Army Strategic Forces Command praised the high level of training, weapon system handling, and field execution of the launch operation by troops.

According to the statement, President Arif Alvi, Prime Minister Imran Khan, Chairman of the Joint Chiefs of Staff Committee, and service chiefs commended all ranks of the Army Strategic Forces Command, scientists, and engineers on the successful conduct of today’s launch.