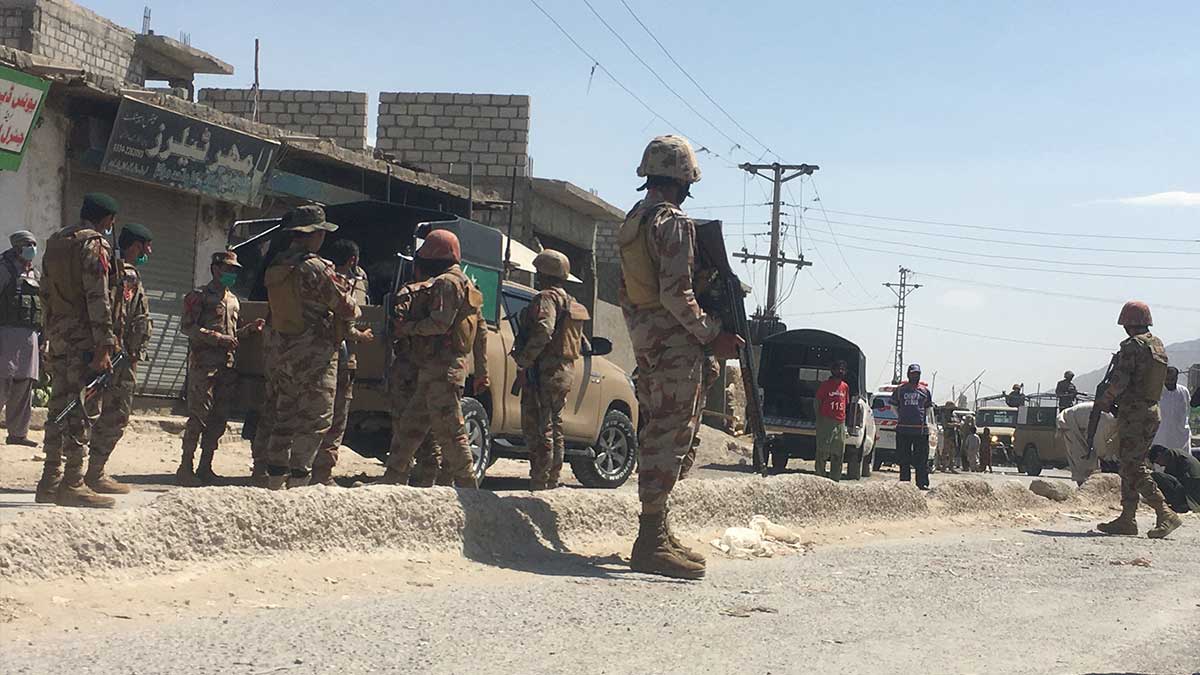 According to Inter-Services Public Relations (ISPR), a Pakistan Army soldier was martyred in a terrorist attack near Turbat in Southern Balochitan.

Naik Aqeel Abbas, a resident of Mehro Peelo in District Chakwal, embraced martyrdom in the terrorist attack, according to the army’s media wing.

The militants used small arms to attack the forces, according to the ISPR.

The FC Balochistan conducted a large-scale area sanitization operation to track out the terrorists after the attack, according to the ISPR.

“Security personnel are determined to eliminate their evil objectives, even if it costs blood and lives,” the statement continued.

According to Inter-Services Public Relations (ISPR), in a similar attack by terrorists on security forces on June 11, two terrorists were killed and Frontier Corps members embraced martyrdom after security forces conducted an intelligence-based operation in district Kharan of the Balochistan province.

The intelligence-based operation took place in the Hulmerg area of district Kharan, where two terrorists involved in different acts of violence and terrorism against innocent citizens as well as security forces were executed, according to the ISPR.

According to the army’s media wing, “a significant quantity of weaponry and ammunition was recovered from their custody.”

It went on to say that one soldier from the Frontier Corps Balochistan, Sepoy Fida ur Rehman, had embraced martyrdom during a firefight. He lived in Chitral’s Mastuj neighbourhood.