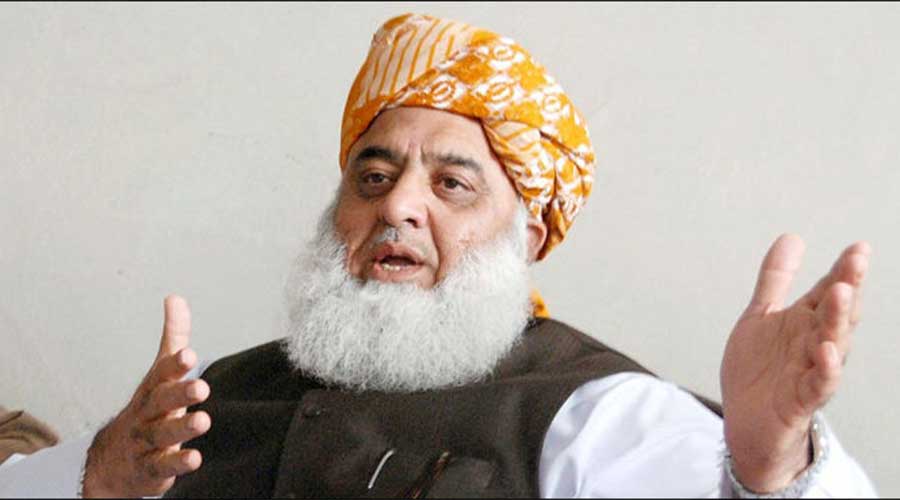 The National Accountability Bureau (NAB) KPK directs Fazlur Rehman to appear before the NAB investigation team in October, in an investigation started on charges of corruption and assets beyond income.

The National Accountability Bureau (NAB) directed the Maulana Fazlur Rehman and other JUI-F leaders to appear before Combined Investigation Team at its regional office on the 1st of October at 11 am sharp, regarding recording statement in the said subject.

According to the Under Section 19 of the National Accountability Ordinance, 1999, the summoned notice was sent to the chief of JUI-F house in Dera Ismail Khan.

As per the subject of the notice, the investigation is against ex-MNA Fazlur Rehman and others “regarding corruption and corrupt practices/accumulation of assets beyond means”.

“Failure to comply with the notice may entail penal consequences as per the Schedule of NAO”, 1999, the NAB summons stated.

It is pertinent to mention here that Justice (R) Javed Iqbal, chairman NAB already approved the authorization of the inquiry against Moulana Fazlur Rehman and the company on the 14th of September.

He also declined to comment on the specifics of the case, stating that it would be premature to say anything on the subject at this moment.

Meanwhile, a month ago NAB KPK’s office also issued a similar notice to the younger brother of Moulana Fazrul Rehman, who is a government officer and directed him to appear before CIT to face the inquiry launched on multiple charges, including possession of illegal assets.