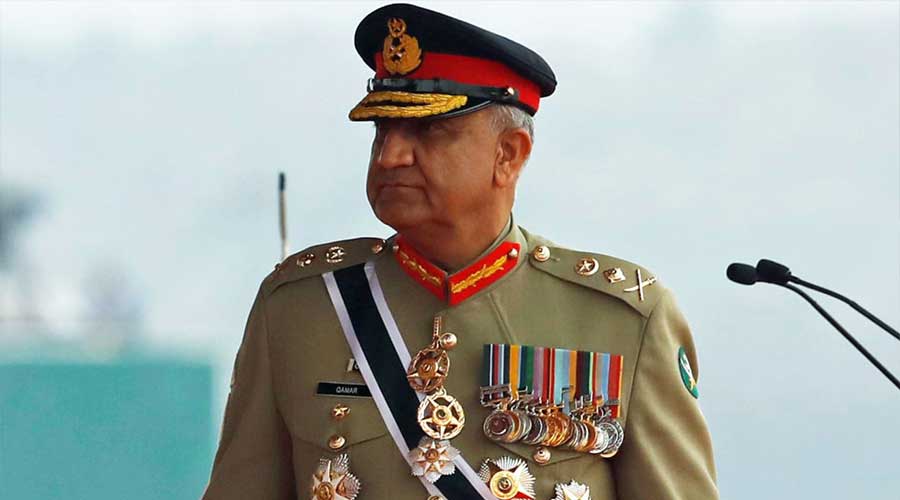 Army Chief Qamar Javed Bajwa is all set to visit Kingdom of Saudi Arabia on Sunday to calm the diplomatic tensions over Kashmir as Saudi Arabia stopped financial and oil support for Pakistan.

The news was confirmed by DG ISPR Major General Babar Iftikhar and said, “Yes he is travelling”. Though the official line was that the visit was pre-planned and “primarily military affairs oriented.”

Pakistan and Saudi Arabia are traditionally the closest of allies. In 2018 Saudi Arabia supported Pakistan to assist in the balance of payment crisis. Saudi Arabia gave $3.2 billion oil credit facility and $3 billion as a loan. However, failing to garner the support of Saudi Arabia for the Kashmir issue and call out India for their serious human rights violations in the valley, Pakistan did the unexpected and heavily criticized the Kingdom.

Pakistan has fought three battles with India over Indian Illegally Occupied Jammu & Kashmir (IIOJK). In the wake of India abrogating article 370 in Indian occupied Kashmir, Pakistan went on diplomatic offense and tried to get as much international support as possible to pressurize India over draconian curfew in the Kashmir valley.

Pakistan demanded Saudi Arabia to organize a high-level meeting of Organization of Islamic Countries (OIC) to highlight the violation committed by Indian in Indian Occupied Kashmir (IOK) but the leader of OIC did not respond as Pakistan expected, instead only held low level meetings which did not have much overreaching impact.

On the night of one year anniversary of the revocation of Article 370, Pakistan’s Foreign Minister Shah Mahmood Qureshi on August 5 while talking to the media had an outburst, “If you [Saudi Arabia] cannot convene it, then I’ll be compelled to ask Prime Minister Imran Khan to call a meeting of the Islamic countries that are ready to stand with us on the issue of Kashmir and support the oppressed Kashmiris”.

Pakistan pulled out from Malaysian summit

Last year Malaysia held a summit in its capital Kuala Lumpur and Pakistan was invited in it but due to pressure from Riyadh Pakistan did not attend the conference and pulled out at the last moment.

Pakistan military officials and government advisors says that Foreign Minister with his latest statement revived SA anger and Army Chief is to cool down tensions with Saudi Arabia.

Riyadh already took back $1 billion from Pakistan two weeks ago, thanks to the forever friend China who came to rescue and loaned $1 billion to Pakistan. The finance division revealed that Saudi Arabia asking for another $1 billion back.

Saudi Arabia is yet to decide on the oil credit facility as Pakistan already requested to extend the service. The finance ministry told Reuters, “The first year (of the oil credit facility) completed on 9th July 2020. Our request for an extension in the arrangement is under consideration with the Saudi side.”

According to stats more than 2.5 million Pakistani are working in Saudi Arabia. Let’s see how long it will take both governments to patch the dented connection.