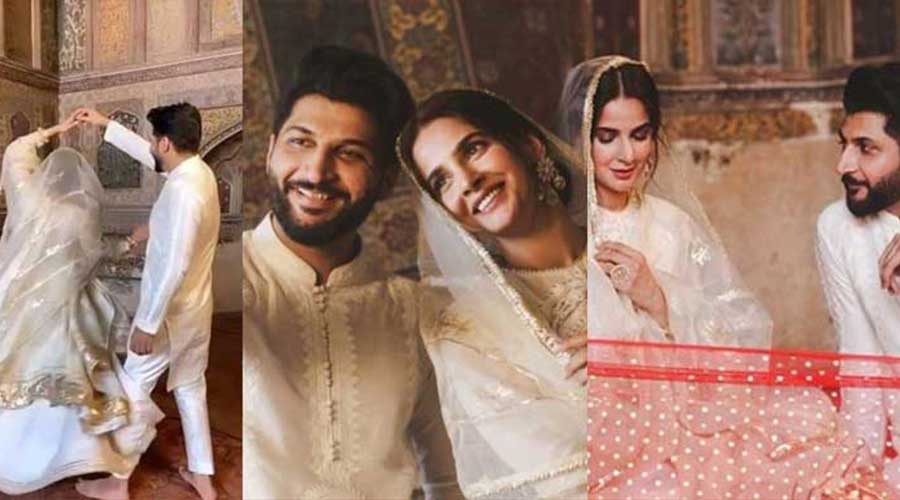 The FIR was lodged under section 295 of Pakistan Penal Code which says “deliberate and malicious acts intended to outrage religious feelings of any class by insulting its religion or religious beliefs”.

The FIR is based on the behind the scene footage in which Saba Qamar was seen twirling in the 17th century mosque. The moment short video clip went viral, Bilal and Saba both celebrities came under fire.

Prior to the said video fans were excited to see the award winning actress teaming up with singer Bilal Saeed for a new song Qubool but things turned unpleasant for both before the release of the song.

Both were careless while recording the music video inside the Mosque and after the hue and cry, both celebrities have already issued an apology over the controversial video.

The case was registered against both stars over controversial shooting in Akbari Police Station Lahore over Advocate Farhat Manzoor Khan complaint. The Advocate filed a petition on August 10 to file a case against performers.

The FIR also reads to take strict action against the Mosque management and endowment department officials for allowing the shooting.

While filming the scene of a song inside the Wazir Khan Mosque hurts religious sentiments both Bilal Saeed and Saba Qamar were charged over violating the sacredness of the Mosque. Advocate Liaquat Gabol also filed a petition in Karachi against the main celebrities, director and other related staff in district and session court.

As the hearing resumed yesterday, Police shared the initial report which says an inquiry was launched against authorities of the Auqaf Department after suspending them. The court also put in the picture that Zonal Auqaf management requested for proceeding against Saba Qamar Zaman, singer Bilal Saeed and others responsible.

The song Qubool was released 3 days back and until now over 2.8 million people watched the video on YouTube.