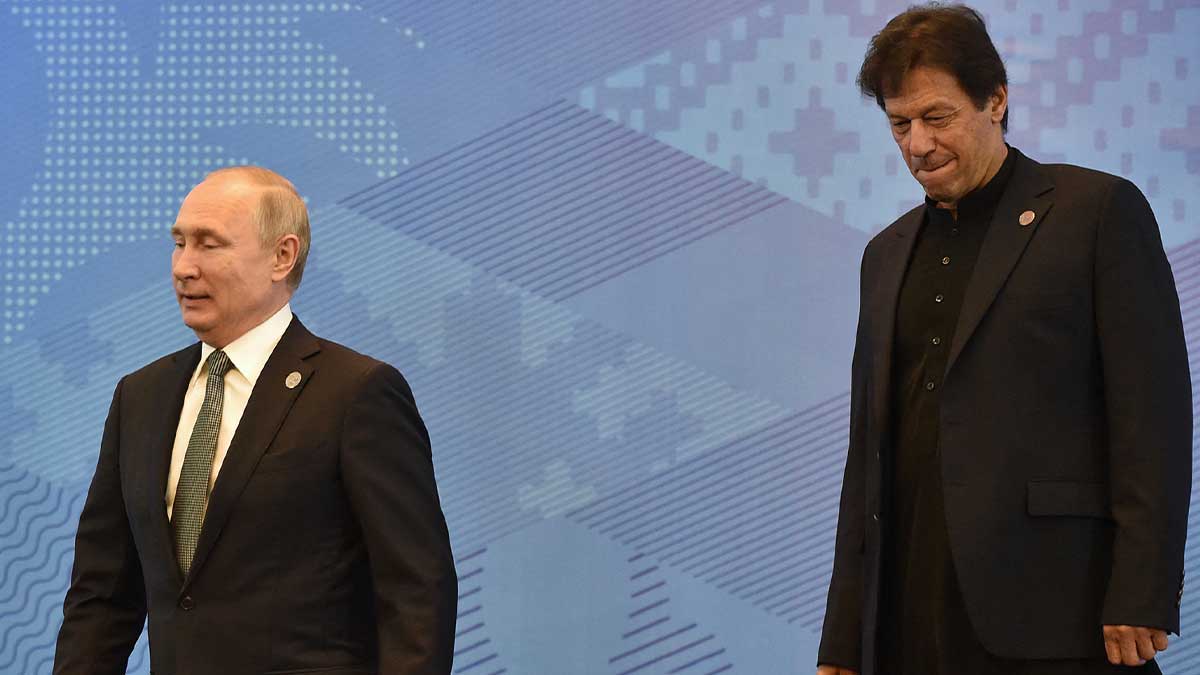 Under the new regional and strategic alliance, Pakistan and Russia will reach new levels of economic cooperation in important areas of the economy such as IT, agriculture, power, petroleum, railways, water, and commerce.

Both countries are expected to sign some major pacts in Russia, according to diplomatic sources. “Both states are likely to enable direct flights to each other via Dubai, and significant progress has already been made between the Russian Federal Air Transport Agency and the Pakistan Civil Aviation Authority in this regard. Russia has also expressed a strong desire to contribute its expertise and resources to the development of modern locomotives for Pakistan’s railways.”

During the three-day meetings, Russia and Pakistan also discussed ways to boost bilateral trade to its full potential, as the Russian-Pakistani trade turnover climbed by 45.8% to $789.8 million in 2020, compared to 2019.

The Inter-Governmental Commission (IGC) on Trade, Economic, Scientific, and Technical Cooperation is currently holding discussions between Pakistan and Russia.

Umar Ayub, the Federal Minister for EAD, is in Russia for three days of negotiations. Umar is leading Pakistan’s team, and a positive development is that a 16-member delegation from diverse sectors of the economy is also in Russia to undertake business-to-business meetings with Russian businesses.

The secretary EAD, as well as senior officials from several ministries and the FBR, are part of the official delegation. “Russia also expresses an interest in supplying assembled vehicles including both government and private users, as well as implementing the vehicle assembly project (SKD kits) in Pakistan.”

The Russian media is giving the IGC level negotiations with Pakistan top priority, and the Russian side’s goodwill may be judged by the fact that three major media outlets have already interviewed Umar Ayub, signaling the start of a new era between the two countries on economic fronts.

Moscow is also negotiating a Shareholders Agreement for the $3 billion Pakistan Stream gas pipeline project, according to sources, and a deal could be finalized as early as December or early January. A Pakistani delegation led by the Federal Minister for Economic Affairs Division also paid a visit to the TMK pipeline production facility, which would be utilized in Pakistan’s PSGP project.

According to the sources, Russia is also interested in developing LNG-based floating power plants for Pakistan, as well as providing gas to the country.

Apart from growing its expertise and investment in Pakistan’s water sector, Moscow is willing to invest in power transmission lines.

More significantly, it wants Pakistan to export its agricultural and food goods to Russia. Both sides have already addressed the Customs tariff structure, and an MoU might be signed regarding this.

Furthermore, Russia has established reasonable defence connections with Pakistan, and now it wants to expand its involvement in key economic sectors in the country. According to the reports, Russia is too keen in turning around Pakistan Steel Mills in Karachi and bailing out the Pakistan government. A corporate delegation from Pakistan representing surgery, clothing, food, and agricultural met with Russian businesspeople and had productive discussions.