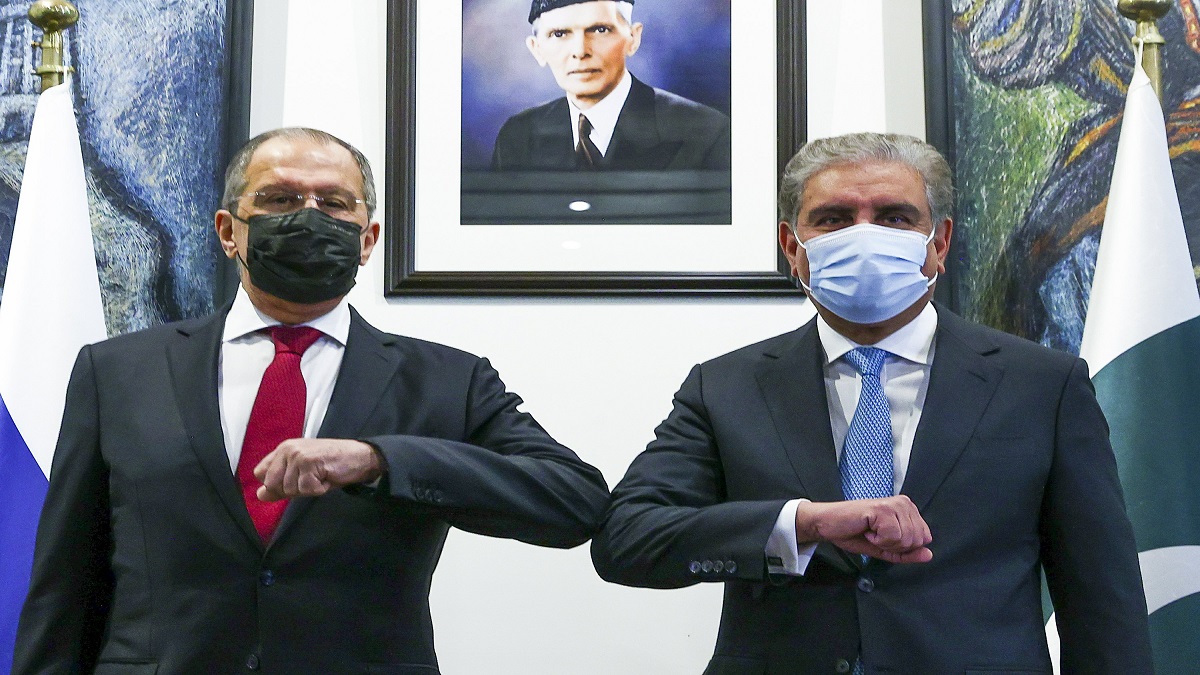 Pakistan and Russia have agreed to boost cooperation in diverse areas including defence and counterterrorism.

On Wednesday, both countries agreed cooperation in diverse areas. An understanding to this effect was extended during talks between the both sides at the Foreign Office. Foreign Minister Shah Mahmood Qureshi led the Pakistan’s team while the visiting Russian delegation was led by his Russian counterpart Sergey Lavrov.

The foreign ministers reviewed the whole gamut of the bilateral relationship during the talks, further talked about an in-depth discussion on situation in the war-torn Afghanistan.

While speaking at a joint press conference with Mr. Qureshi later, FM Lavrov said Russia was ready to build further counterterrorism potential through provision of military equipment to Pakistan. “This is in the interest of all states of the region,”

He further said that Russia was committed to promoting mutual cooperation with Pakistan in various fields, including economy, trade and defence. He then expressed satisfaction over the 46 percent increase in bilateral trade.

Expressing concern over the deteriorating security situation in Afghanistan, Mr. Lavrov said Pakistan and Russia had agreed to facilitate the parties for an agreement to put an end to civil war in Afghanistan through an inclusive political dialogue. “We have agreed to further contribute to creating conditions to ensure that the conflicting sides achieve constructive solutions, which will allow them to end the civil war in Afghanistan through the agreements on forming inclusive power structures,” Mr Lavrov said.

The Russian foreign minister while terming the relationship between the two countries mutually beneficial and constructive, said “We have provided 50,000 doses of anti-Covid vaccine to Pakistan and intend to provide 150,000 more”.

He added, “There is a new approach and mindset in Pakistan for a relationship with Russia. We feel that not just we have geographic proximity, but Russia is a factor of stability in the region and the world at large.”