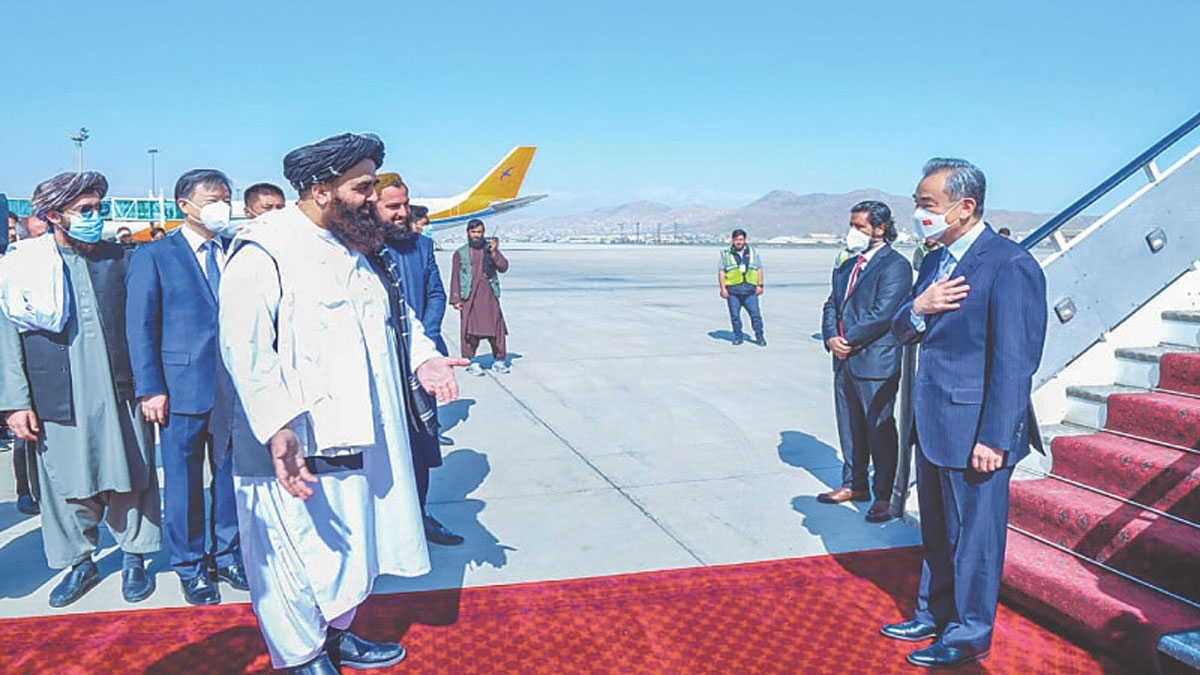 The top officials of Pakistan and China considered the possibility of expanding the China-Pakistan Economic Corridor (CPEC) to Afghanistan in a bid to boost economic development and prosperity in the war-torn country.

A meeting was held between China’s special ambassador to Afghanistan Yue Xiaoyong and Foreign Secretary Sohail Mahmood at the Foreign Office in Islamabad. The two sides comprehensively discussed the idea to extend the flagship program of the Belt and Road Initiative (BRI) during the meeting.

According to an official statement, both sides exchanged opinions on the political and security condition in Afghanistan, humanitarian support by Pakistan and China to Afghanistan, and other affairs of mutual interest.

The foreign secretary highlighted Pakistan’s engagement in a peaceful, prosperous, stable, and connected Afghanistan. He pointed out the provision of humanitarian support to Afghanistan including Pakistan’s relief efforts on account of the devastating earthquake in eastern Afghanistan on June 22, 2022.

Moreover, the foreign secretary also emphasized the significance of de-freezing of Afghanistan’s foreign assets and facilitation of banking operations to provide ease to the financial hardships of the Afghan people and assist to make a sustainable economy.

“In the context of regional connectivity, both sides exchanged views on the extension of CPEC to Afghanistan to promote economic development and prosperity,” the statement reads.

The foreign secretary laid stress on the significance for the Afghan side to address the international community’s expectations about inclusivity; respect for the rights of all Afghans, also including girls’ education; and effective counter-terrorism steps.

He said that the international community’s concentration should not be distracted from the terrible situation in Afghanistan because of events taking place elsewhere.

While underscoring continuous constructive engagement and concrete cooperation with the provisional Afghan authorities, the foreign secretary highlighted the major contribution of platforms like Troika Plus and Six Neighbouring Countries of Afghanistan in advancing shared goals.

On the other hand, Chinese Ambassador Yue Xiaoyong appreciated the imperative and constructive part played by Pakistan in the context of Afghanistan.

The two sides decided that only a stable, diplomatic, and connected Afghanistan could act as a pivot point for boosted regional trade and connectivity.