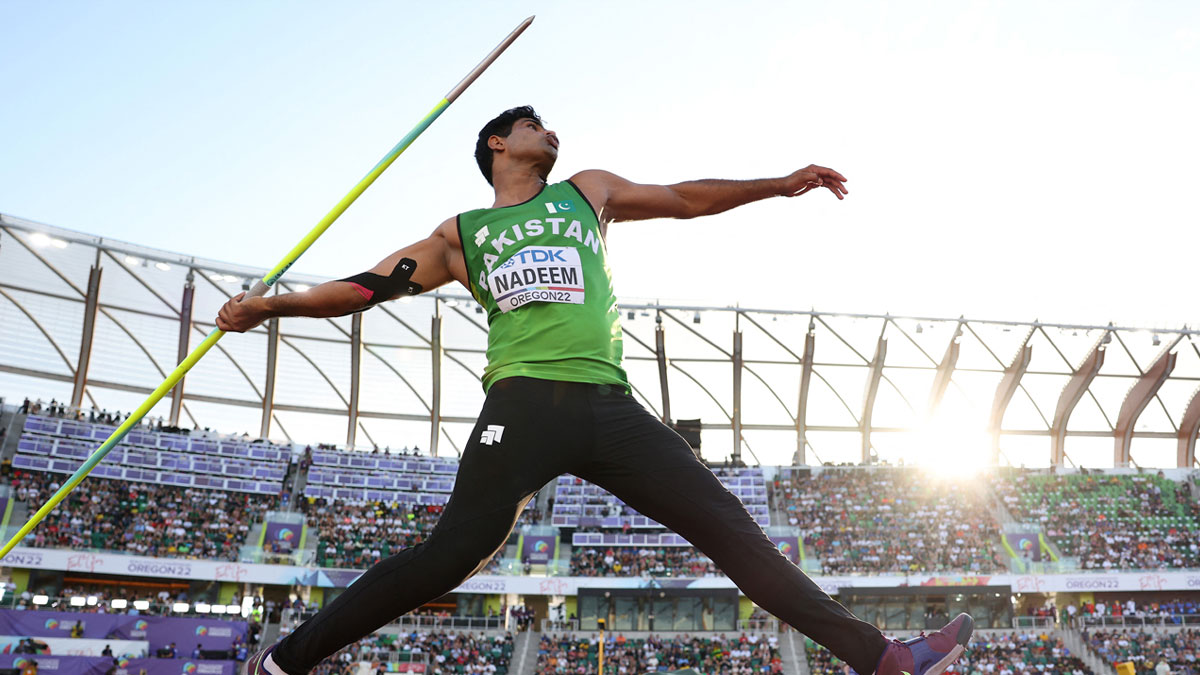 Arshad Nadeem, a star athlete from Pakistan, placed fifth in the men’s javelin throw final at the World Athletics Championships in Oregon, United States, with a throw of 86.16 metres, which was a personal best.

The nation’s top javelin thrower placed ninth overall in group B qualifying on Friday by hurling the javelin 81.71 metres to go to the final.

Although not being at his peak fitness, Nadeem set a season best in the final with a throw of 86.16 metres.

Meanwhile, Neeraj Chopra of India won the silver medal with a throw of 88.13 metres.

While Neeraj participated in three competitions in June of this year.

As the first Pakistani athlete to appear in the final of any track and field event in Olympic history, the 25-year-old javelin thrower from Pakistan made headlines when he advanced for the Tokyo Olympics final.

At the end of the World Athletics Championships 2022 in Oregon on Sunday, Indian javelin champion Neeraj Chopra was all praises for his Pakistani rival Arshad Nadeem.

Neeraj Chopra won the silver medal with a throw of 88.13 metres, and Arshad Nadeem, who was competing for the first time since suffering an elbow injury, came in fifth with a throw of 86.16 metres in the javelin throw final. Grenada’s Anderson Peters won the gold with three throws that were further than 90 metres.

Previously, at the Tokyo 2020 Olympics, Neeraj Chopra and Arshad Nadeem both participated and competed against each other in different events.

Arshad Nadeem, who has faced off against Neeraj Chopra in a number of competitions, was the first Pakistani athlete to earn a spot in the track and field competition at the Olympics last year. Nadeem won bronze in the 2018 Asian Games while Chopra took home the gold.

The next is the Commonwealth Games 2022, which begin on Thursday in Birmingham, and both players will again compete against each other.