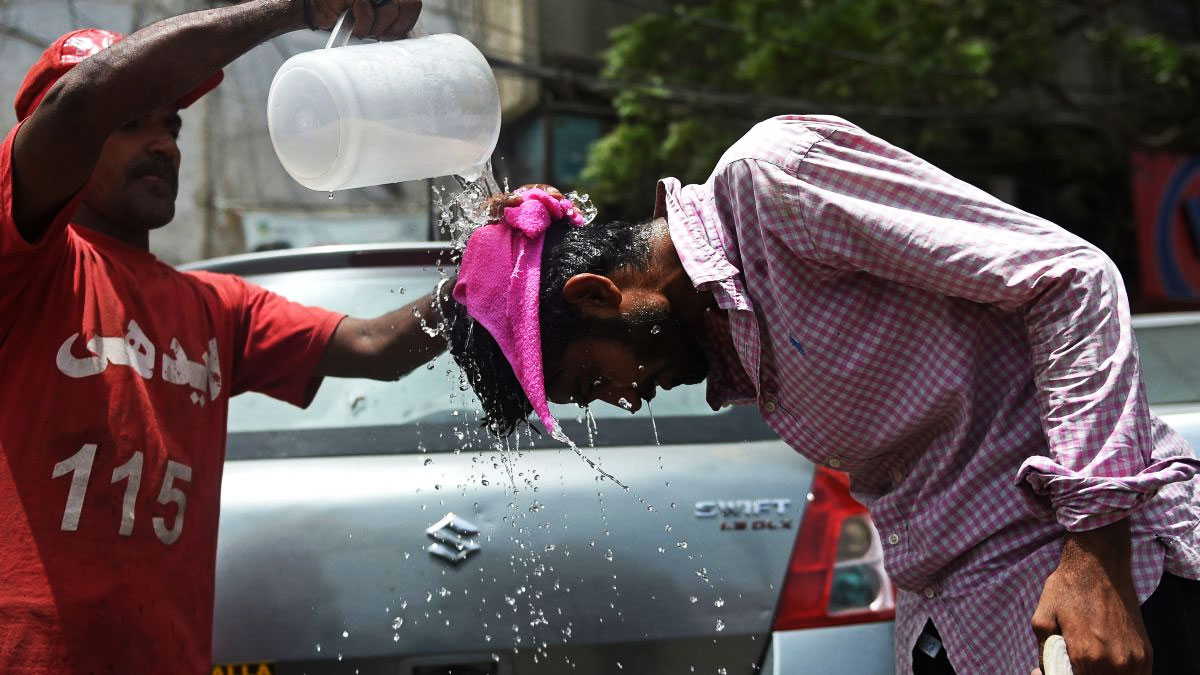 The prevailing brutal heatwave is baking countries all over the globe and in Pakistan the temperatures have increased several degrees over the years.

The media reported that last week, the UK recorded the hottest day ever, with temperatures at London Heathrow Airport crossing 40 degrees Celsius (104 degrees Fahrenheit). Central Asia and South Asia have also experienced temperatures that are 20 degrees higher than average. National Weather Service heat advisories and warnings were extended in Texas last week, a day when triple-digit temperatures swept across the US.

According to the media, Pakistan, in 2015, was one of the highly-affected countries with temperatures touching 45 degrees Celsius and killing more than 1,300 people.

In 2019, the heatwave took the lives of 56,000 people in Russia, as per the infographic, becoming one of the worst calamities in recent history.

Read more: Pakistan pummelled by heatwave that hits 50°C in some parts

Recently, Federal Minister for Climate Change Senator Sherry Rehman said that Pakistan is among those countries that are bearing the burden of global climate catastrophe.

“For this reason, a Climate Change Task Force has been announced and it has been constituted at the right time by the prime minister because of the policy disconnect in Pakistan with our own departments and provinces,” she remarked, adding, “PIDE studies indicate that 80% of our water supply goes to rice, wheat, sugarcane, and cotton. I am told that this is the invisible drain on our economy along with population growth.”

The minister added farming and irrigation practices required to be aligned and modified to enable the country to handle the impacts of climate change which could only be achieved through increasing public awareness.

“Lack of public awareness needs to be dealt with by better communication. We need to set up a nation-wide climate communication strategy for different levels of lifestyle changes, conservation messaging and urgency of action to deal with the multiple crises facing Pakistan.”