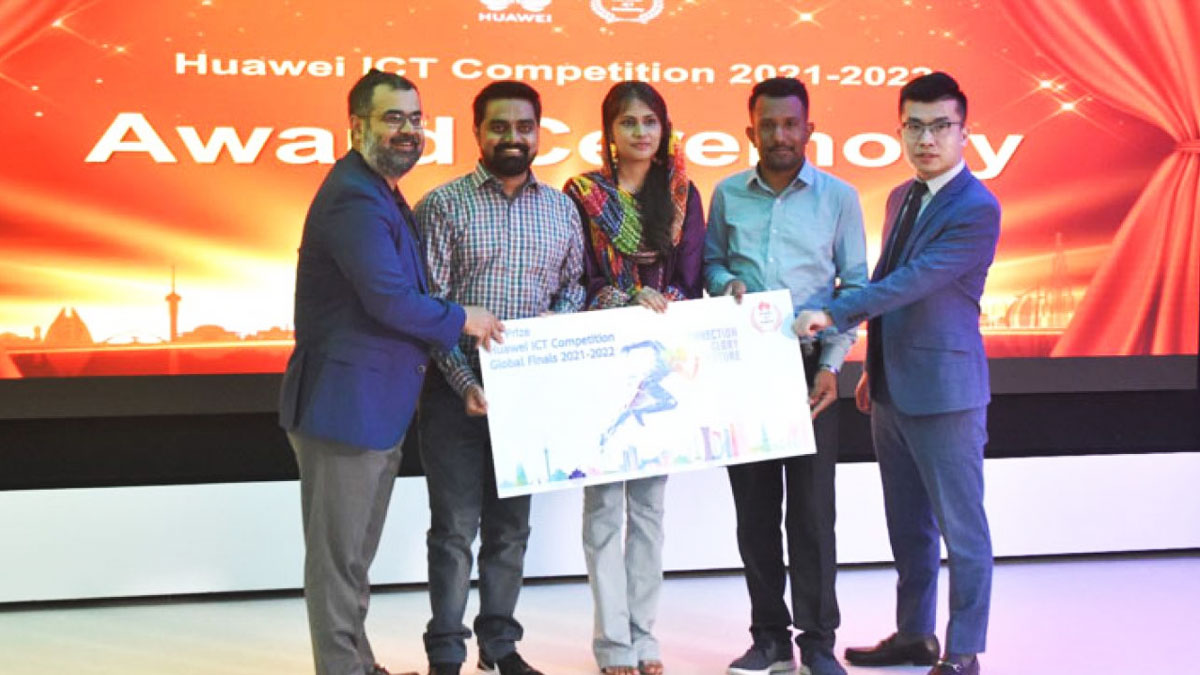 The achievement of students of Pakistan who study in schools without walls in the global Huawei ICT competition depicts that there is no substitute for devotion and hard work, deputy chief executive officer of Huawei Pakistan Ahmed Bilal Masud stated on Tuesday.

He was addressing a ceremony to honor Bhagchand Meghwar, Sateesh Kumar, and Iqra Fatima, conquerors of the Sixth Huawei ICT Competition 2021-2022.

They beat contestants from different parts of the world at the Global Final of the event conducted in Shenzhen, China.

The participants were told that Mr. Kumar belonged to a far-flung village of Tharparkar that is not even registered on maps whereas Bhagchand Meghwar hails from a village in the Dadu district.

“This proves that now, nobody in Pakistan can say that they lack resources, internet at homes or there was not enough support to make a name,” Mr. Masud remarked, adding that, “these gentlemen did not even have walls in the schools they went to for initial learning.”

Moreover, he said the third participant of the winning team at Huawei ICT competition was a female. “When she can fight the odds why not others,” he said.

Ms. Fatima is a citizen of Bahawalpur and studied at Bahawalpur University, whereas the other two members had studied in Mehran University Jamshoro.

The competition is announced by Huawei every year starting from the local level with the intention to encourage fresh students and fresh graduates to outshine in information technology (IT) services.

Of 12,000 applicants in Pakistan in 2021, six were chosen and Huawei managers made two teams – teams 1 and 2 for Pakistan. Sateesh Kumar headed team 1 which continued its winning streak to beat contestants in the global final.

The competition attracted almost 150,000 hopeful students from over 2,000 universities in 85 countries and regions across the world.

Furthermore, the first prize in the competition was $20,000 for the winning team, as well as mobile phones for each contestant. Public Relations Director Wu Han stated that the success of the 2021 competition has proved that there was immense potential for growth among Pakistani youth.