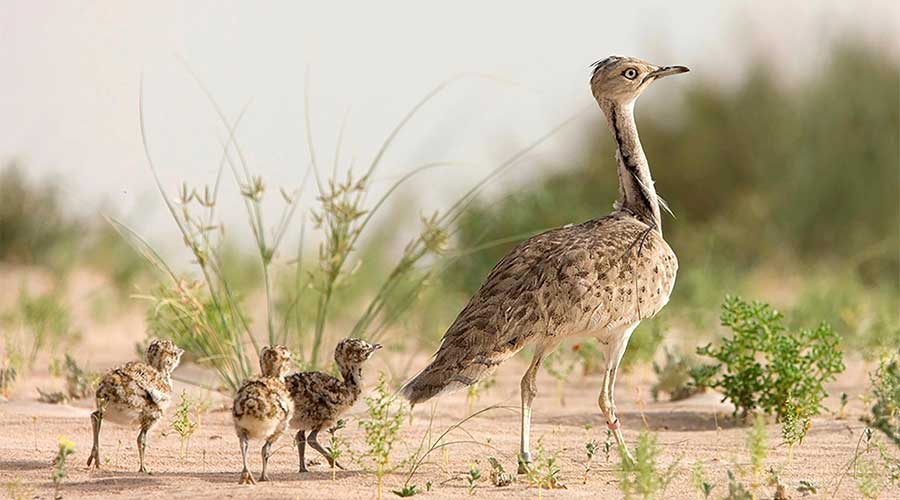 According to sources, the federal government had issued special permission to Saudi Arabian Crown Prince Muhammad bin Salman and two other members of the royal family to hunt the nearing extinction houbara bustard during the hunting season of 2020-2021.

Apart from Muhammad bin Salman also known as MBS the two other royal members are governors and one of them is a defaulter who has not paid last season’s 2019-20 hunting fee.

As per sources the hunters had been assigned chosen areas in two provinces which include Balochistan and Punjab.

In order to avoid the severe weather condition, Houbara bustard migrates every year to spend winters in a comparatively warmer atmosphere here, where it is hunted down by Arab hunters specially invited by the government.

Due to its deteriorating population, the houbara bustard is not only protected under various international nature conservation treaties but also protected under local wildlife protection laws, hence Pakistanis are not allowed to hunt the bird.

Previously, when Pakistan premier was in opposition, he criticized the birds hunting and did not allow hunting in KP where his party was ruling, however, he has issued the permits to hunters from Saudi Arabia.

The hunting certificate issued by the foreign ministry’s deputy chief of protocol was carried to the Saudi Embassy to be sent to the hunters.
As per sources, the names and areas allocation for hunting to them on October 16, 2020 are:

Read more: Anoushey Ashraf advocates for animal welfare all the way from Istanbul