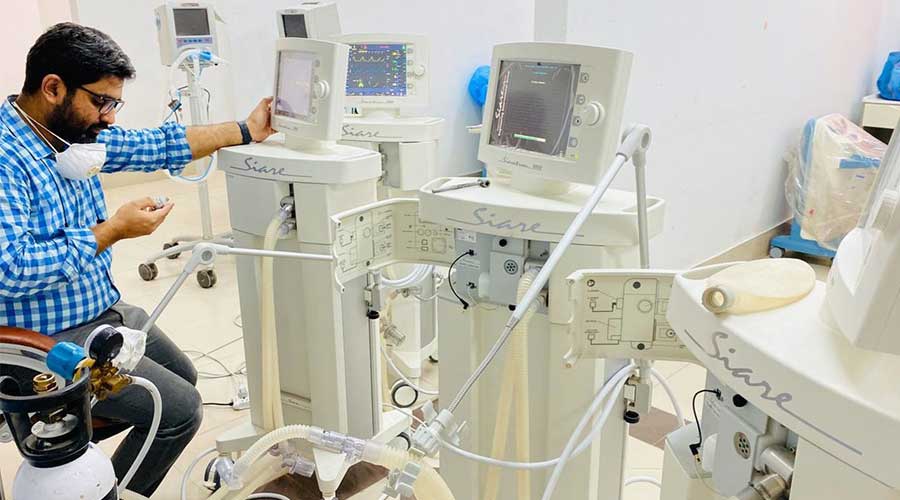 Fawad Chaudhry Federal Minister for Science and Technology announced that Pakistan is on way to achieve import replacement of $1.4 billion, the government aims to produce medical equipment and electromagnetic instruments as it is setting up a whole new medical city.

The Ministry of Science and Technology had already signed a Memorandum of Understanding (MoU) with the Faisalabad Industrial Estate Development and Management Company (FIEDMC), the developing body of Allama Iqbal Special Economic Zone (SEZ) to set up a medical city of 200 acres in Faisalabad.

While talking to a private channel, Minister said that there would be no imposition of tax for 10 years in the whole business there would be no customs duty on the import of machinery in the SEZ, the only one in Punjab.

Fawad further said that the medical zone for the production of medical equipment has been set with two units with the help of Pakistan FIEDMC. Within the first phase, the whole setup of the machinery would take 6-8 months, production of equipment will take a specific time period that includes, syringes, needles, cannulas, cartridges, wires and cables, and cardiac stents

Then in the second phase, the X-ray and dialysis machine will be produced in the country. The minister called the production of medical equipment a revolutionary step. The local manufacturing of the items would reduce their current cost by roughly 50%.

He further quoted that 1.5 billion syringes have been imported in the last one year. He added that no shortage of these items would be faced at any of the government hospitals.

He said that “We have turned Covid-19 calamity into an opportunity,”
adding that, “On February 26, when the first case of coronavirus surfaced in Pakistan, we were importers of medical equipment, including ventilators. Now, we are producing 1,150 ventilators every month.”