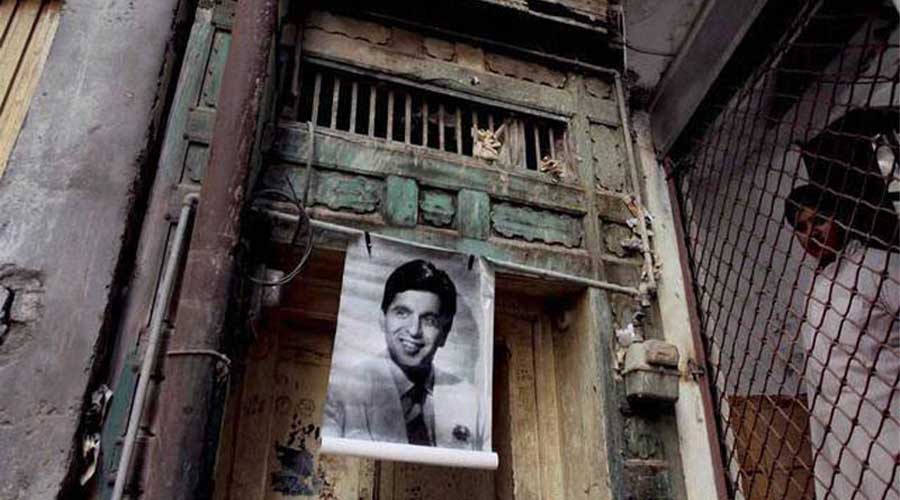 After his wife Saira Banu, Dilip Kumar has also come forth wishing warm regards to Pakistan after it decided to restore and conserve his ancestral home in Peshawar.

The veteran actor took to Twitter to express his heartfelt sentiments, while reminiscing about his childhood home.

“I have lovely memories of Qissa Khwani Bazaar, where I received my first lessons in storytelling, which later provided the impetus to choose meaty stories and scripts for my work.”

Dilip Saab’s sentiments when he first learnt abt the announcement to protect his ancestral home in #Peshawar. https://t.co/dhlxLGgVEv

Dilip Kumar and Raj Kapoor, both were born in Peshawar, Pakistan before their move to Bombay to begin their career in the film industry. Their ancestral houses are still in here which are expected to be soon preserved by the Khyber Pakhtunkhwa provincial government.

The government is making efforts to restore legends’ houses. Dilip Kumar’s wife, former actress Saira Banu recently praised Pakistan for taking this action. “I wish the provincial government success in its efforts and sincerely hope that this time the dream comes true. Mashallah.”

She while talking to Times of India, further said, “My heart fills up with joy each time I receive the same news about the ancestral home of Yousuf Saheb in Peshawar in northwest Frontier province which the provincial government has been repeatedly trying to turn into a monument for posterity.”

“It has come up so many times in the past and I have appreciated the tenacity with which the government is pursuing the mission of turning the house into a museum for the public to visit and feel the vintage charm of the house where Dilip Saheb grew up like any bright boy of the province,” Banu added.

When these two legends migrated to India, both Kapoor and Kumar’s family sold their houses to locals and their houses were sold multiple times until the current owner of Kapoor Haveli planned to demolish it for constructing a commercial plaza. It was then that the Pakistani government declared it as a part of national heritage and allotted a sum for both homes to be bought and restored.

The area that the Havelis are located in is named Qissa-Khawani Bazaar the famous ‘Bazaar of Storytellers’ from the silk road era.