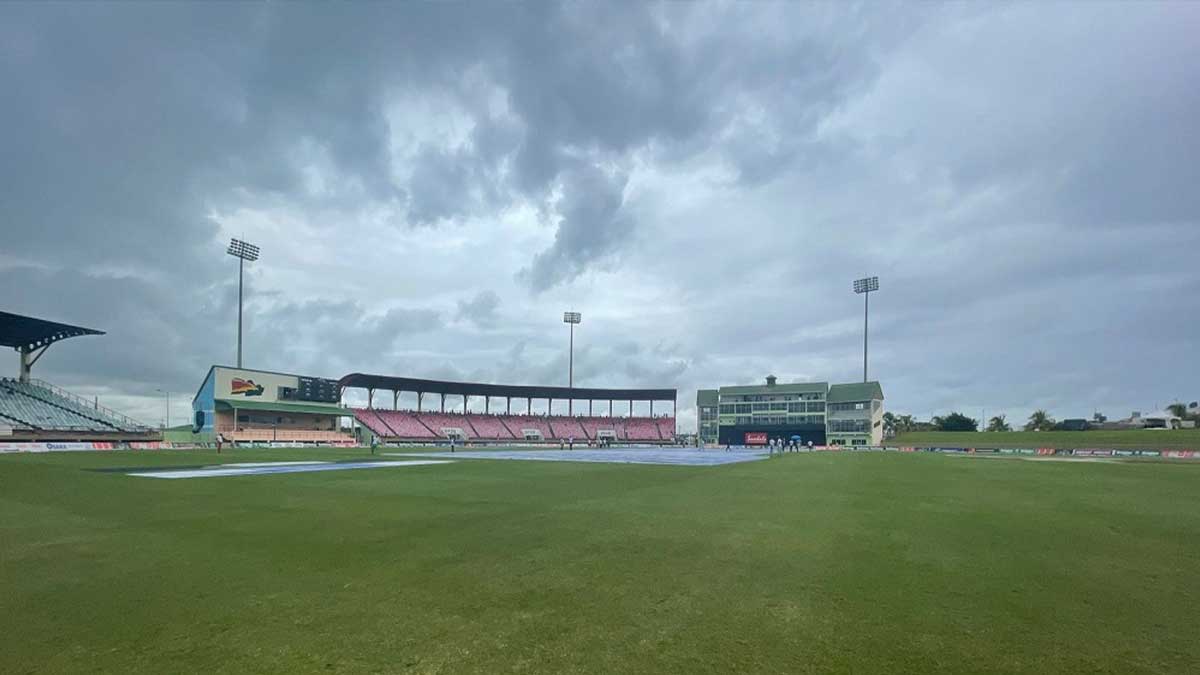 Pakistan and West Indies will be praying the rain doesn’t play spoiler yet again as the two sides clash in the final game of four-match T20I series today at 8 pm.

The two teams will lock horns at Guyana’s Providence Stadium, with the green shirts leading the series 1-0 after two fixtures yielded no results courtesy the rain.

Another Disappointment For Fans As Third T20I Abandoned Due To Rain

Pakistan’s chances of winning the T20I series against the West Indies were crushed on Sunday after the third match at National Stadium in Guyana was called off after only 1.5 overs due to rain.

The match ended in a no-result, making it the second T20I match to be called off after the first was rained out on July 28. Pakistan is up 1-0 in the series.

With the host team behind 1-0 after a seven-run loss in the second match at the same venue on Saturday, all-rounder Andre Russell was called in as the opening batsman while Evin Lewis continues to battle an abdominal injury that forced him to retire hurt in the second game.

In addition, Shaheen Shah Afridi was replaced by fellow pacer Haris Rauf in Pakistan’s winning line-up from the day before.

It should be highlighted that the first T20I in Bridgetown, Barbados was also cancelled due to rain, but Pakistan won the second T20I by seven runs to take the series lead. On August 3, the series’ final match will be contested at the same location.

Teams of Pakistan and West Indies