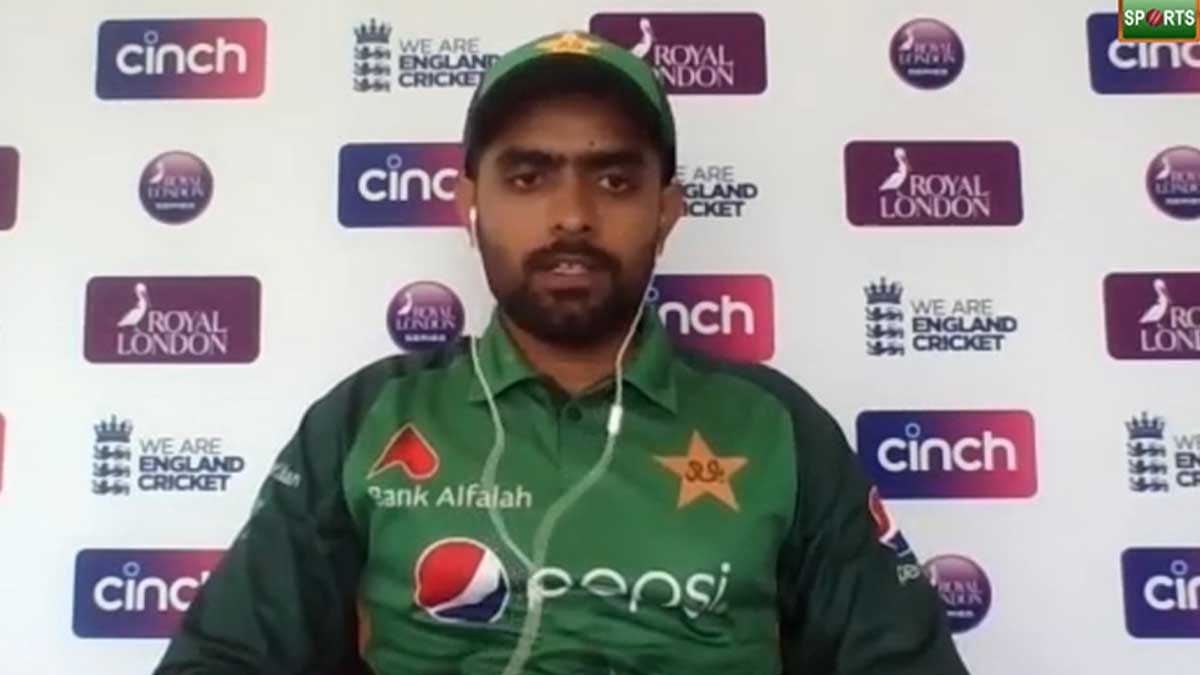 After Pakistan’s humiliation by England reserve team on Thursday, captain Babar Azam has the appropriate message for his team: “Ghabrana Nahi Hai.”

After the shocking nine-wicket defeat at the hands of a second-choice England lineup led by Ben Stokes, the world’s number one batsman was addressing during a virtual press conference.

When asked how he intends to cope with the loss, Azam replied:

“It’s not such a major setback,” he explained. “Of course, there will be good days and bad days. We’ve done really well in the last several series “Added he.

The Pakistan captain stated that he trusted in and had faith in the talents of each and every Pakistani in his camp.

“I’ll sit with them and interact with them. I’ll call them Ghabrana Nahi Hai (don’t lose your nerves) and remind them that life is full of ups and downs “said Pakistan’s captain.

Azam stated that he will advise the players to concentrate on their errors and learn from them. He continued, “The sooner we do it, the better it will be for us as a team.”

A new England team won the first one-day international against Pakistan by nine wickets at Cardiff on Thursday, taking a 1-0 lead in the three-match series.

With more than 28 overs remaining, Pakistan scored 142-1 against an England XI that had been totally changed due to a coronavirus outbreak within the original squad.

Saqib Mahmood, a fast bowler, took an ODI-best 4-42 as Pakistan were dismissed for 141 with more than 14 overs remaining in their innings.

After England stand-in captain Ben Stokes won the toss, the 24-year-old Lancashire fast bowler got two wickets in three balls in the first over to leave Pakistan reeling. It was only his fifth encounter at this level and his first in nearly a year.

In the first of the three-match series, only opening batsman Fakhar Zaman (47) and Shadab Khan (30) provided any resistance.

When the last wicket fell, Pakistan still had more than 14 overs to bat.