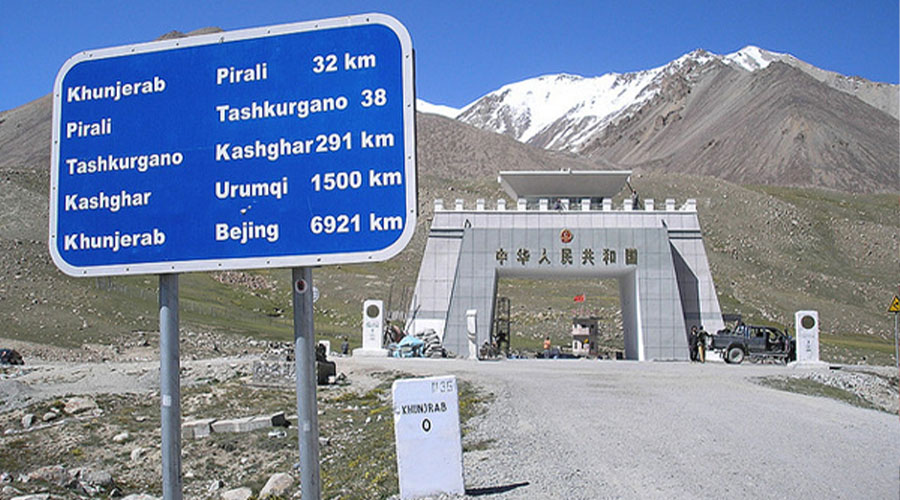 The China-Pakistan border crossing at Khunjerab Pass has been opened to allow over two dozen stranded Pakistani containers to cross over between December 15-25.

Official notification was issued in this regard in which the opening of the border was notified to evacuate stranded containers from China to Gilgit-Baltistan. The notification further says that no tourists would be allowed to travel through border crossing during this period.

“Only loaded and stranded containers of traders and containers carrying hydropower machinery of a power house in Hunza district will enter into Pakistan during these 10 days,” the notification read.

“No container will go to China from Pakistan and all Covid-19 standard operating procedures (SOPs) will be strictly observed during the trade.”

The Khunjerab pass is at 5,000 meters above sea level and the border post is the highest paved international crossing in the world. China mainly imports textiles, agricultural products and daily commodities through the pass, besides exporting plants and herbs.

It is also the major trade route between China and Pakistan, and an important gateway to South Asia and Europe.

However, the border outpost on the Karakoram Highway usually remains open for trade and travel from May till November-end every year, after which it closes for almost five months in winter.

Now, Pakistani containers have been stranded in China since December 2019, when the border closed for the winter months, following which all frontiers, including Khunjerab, were open-endedly closed to contain the spread of the novel coronavirus.

With the construction of the CPEC, Pakistan’s trade volumes through Khunjerab surged last year, but have remained static in 2020 due to the border’s yearlong closure.

According to the China News Network report, reported in December 2019, cargo import and export had reached 66,600 tonnes during 2019 at Khunjerab Pass in northwest China’s Xinjiang Uygur Autonomous Region, up 46.8 percent from the year before.