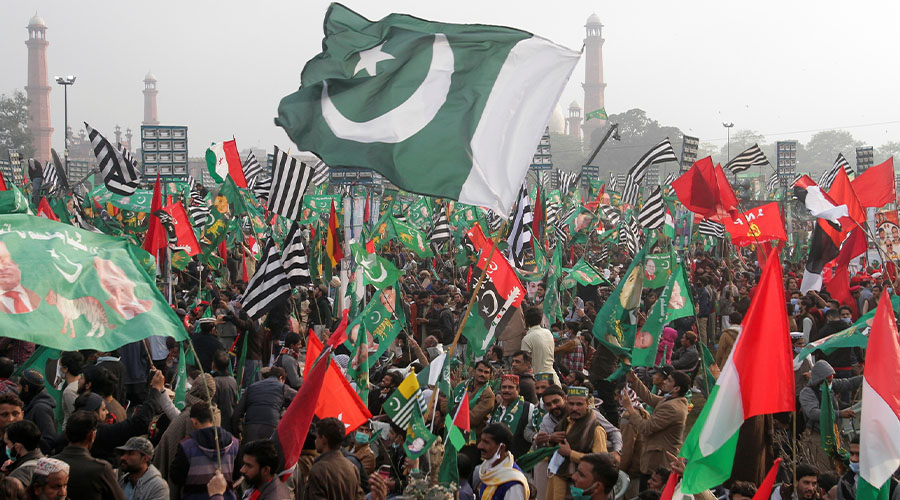 The capital administration has extended ban on all kinds of gatherings of five or more people, processions and rallies and demonstrations at any public place in Islamabad, including the Red Zone for a period of two months.

This order was given on Friday by the administration of Islamabad. According to the issued orders, all political, social, cultural, and religious gatherings of five or more people for two months has been banned.

Likewise, the use of cassette player sounds and systems, CDs/DVDs, and other mediums for making objectionable and sectarian-related speeches and sermons at public places has also been banned for the same time period.

Deputy Commissioner Hamza Shafqaat issued separate notifications in this regard. As per the notification, the ban on carrying, displaying, and exhibiting firearms; selling, purchasing, and using firecrackers and fireworks; the distribution of handbills and pamphlets; writing slogans and graffiti, and putting posters on walls got banned for at least 2 months.

However, the major reason to impose ban for 2 months by Islamabad administration was that certain segments of society are planning to organize unlawful assemblies, including majalis and processions which can disrupt public peace and tranquility.

Keeping in view the current law and order and security environment such activities are threat to public peace and tranquility and maintenance of law and order.

Similarly, another notification issued according to which digging out stone through blasting and any sort of publication regarding launching of any housing scheme or sale of plots is banned.

The decision was made after the district magistrate had been notified of certain illegal housing societies, trusts, limited companies, groups in Islamabad.

It was also noticed that some housing societies, trusts, limited companies, groups are operating in Islamabad in a manner not warranted by the law relating thereto. They allure the public at large by advertising the launching of housing schemes in the newspapers, brochures and booklets and even through local sale.