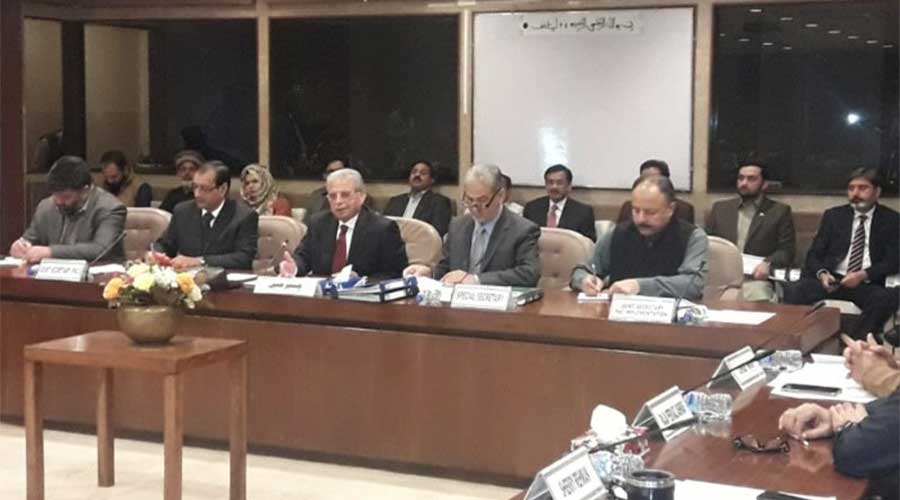 On Wednesday, All members of the Public Accounts Committee (PAC) called for strict action against bureaucrats and complained that officials were giving incorrect statements.

Irrespective of party affiliation, all members of PAC agreed in calling for taking strict action against such bureaucrats. The committee members called upon the chairman of the PAC, Rana Tanveer Hussain of the PML-N, to restrict proceedings as long as senior officials were not present.

Khawaja Asif and Raja Pervaiz Ashraf said that some of the ministries were not holding the Departmental Audit Committee (DAC) meetings and also recommended that the Public Accounts Committee (PAC) needed to thrash out a policy over the issue.

Khwaja Asif said, “Bureaucrats are quite clever. They are just wasting our time as they hope that after a year or two there will be elections, another year will be gone in that process and as a result, no audit objection will be probed.”

Seemee Ezdi, one of the PTI members complained that most of the orders are ignored by the most senior bureaucrats to attend PAC hearings and delegate their assistant or subordinate to brief the whole committee. She called it the insult of the committee. “This is a disgrace for the committee.”

All members decided to hold the meetings in camera to find a way to ensure that senior officers appeared in hearings. PAC chairman observed: “We need to clear the backlog and update audit paras because the federal secretary who was in office when the irregularities were reported has retired by now.”

However, while members were showing their concern over the attitude of bureaucracy, the hearing regarding Islamabad Capital Territory administration was suspended and the deputy registrar of cooperatives said to leave the meeting as the registrar did not attend a call for the hearing.