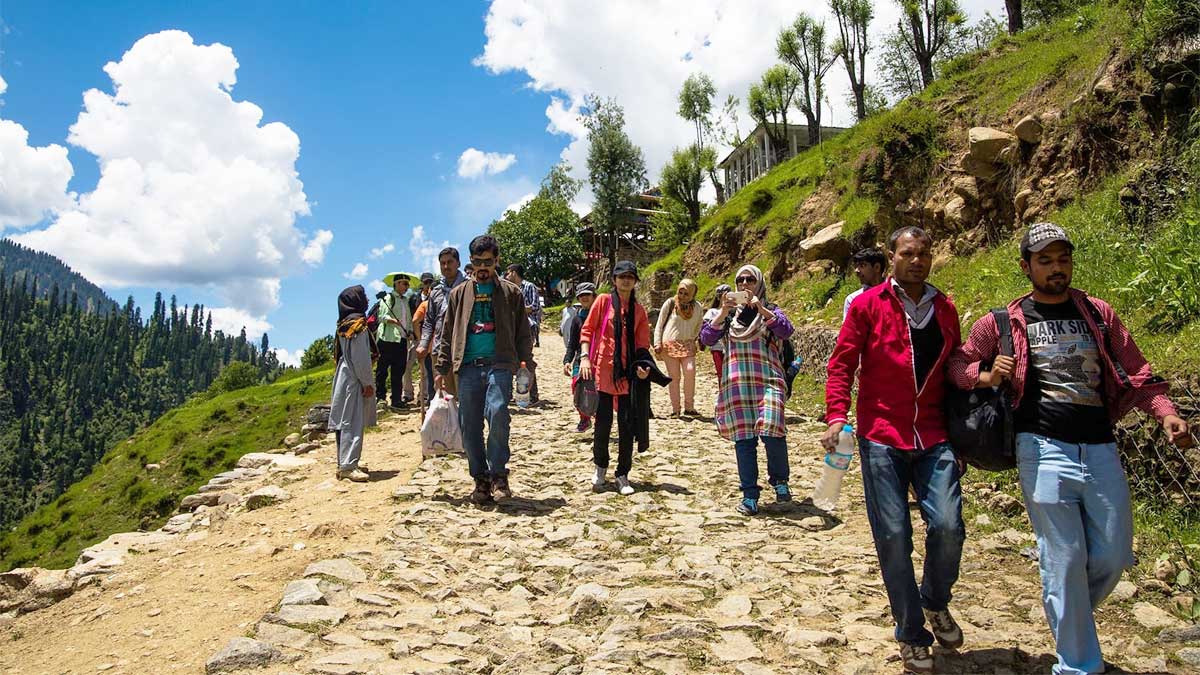 The provincial government announced holidays for the post-Ramazan festival from May 2 to May 6.

May 4 noted the entrance of over 100,000 tourists in the province while Malam Jabba and Galiyat received 25,000 tourists each. The maximum number of 27,000 tourists went to Upper Dir, while 13,500 people stayed in Kaghan and Naran tourist destinations during the Eid holidays.

Kalam in Swat district and Kaghan, and Naran in Mansehra district received 12,500 visitors each.

Meanwhile, the tourism department applauded its officials and relevant district administrations for facilitating tourists in the Eid holidays and said a 24/7 helpline guided visitors continuously.

The department insisted that visitors from across the country call Helpline 1422 prior to leaving for KP to get information about travel.

Besides, the Kohat residents enjoyed their Eid holidays in the nearby Orakzai district, popularly known as paradise on earth.

While, in Abbottabad district, Galiyat and Thandiyani tourist destinations recorded a huge arrival of visitors during Eid days. Though, most tourists complained about the high prices of food and other items.