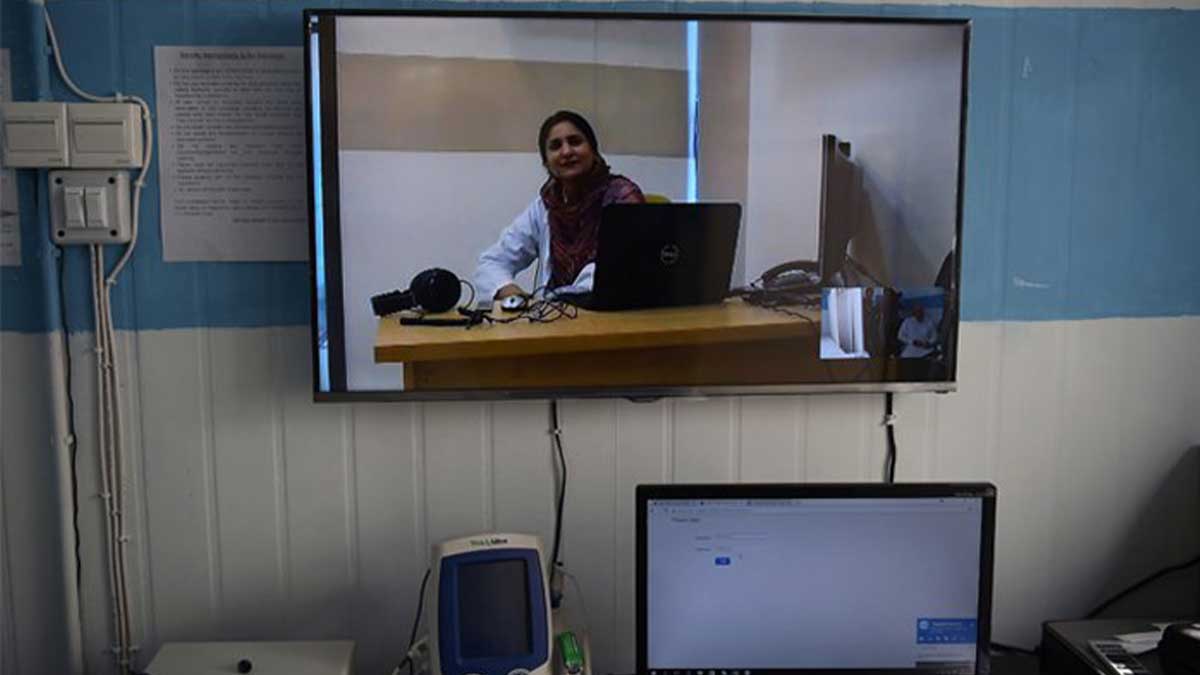 More than 100 Pakistani female doctors are offering telehealth services to Palestinians and over a dozen countries by joining hands with their counterparts through a technology-driven initiative providing medical support.

On Saturday, officials said that over 100 Pakistani doctors have joined hands to provide medical support and care to thousands of people under trauma in Gaza and other bombarded cities

They further said that the female doctors were brought back to the provincial health system through a technology-driven initiative by Dow University of Health Sciences (DUHS). However, the initiative was successfully brought back to the profession hundreds of Pakistani lady doctor, ladies who had not been practicing for the last two years after they had quit the profession due to family or social issues.

“Some two years ago a project named eDoctor was initiated for around 35,000 female doctors who had completed their medical education at the expense of the state or privately but are no longer associated with the profession so that they could once again become part of the country’s medical workforce,” said an official.

“The project has successfully brought back hundreds of doctors into the health system. The concept was designed to use the innovative technological tools in reconnecting these out-of-work lady doctors on a single platform, provide them virtual-based teaching of new and updated medial education in the form of a reach programme covering all aspects required to be a general physician. Right now, the eDcotor project has hundreds of doctors working from home in Pakistan and different parts of the world offering their services to contribute in the health system,” the official said.

The officials said that Palestinians contacted the humanitarian and aid organizations after the Israelis aggression in the areas under attack, he added that they succeeded to build a platform for telemedicine to clinics in almost all major cities of Palestine.

“We are offering services in Gaza, Ramallah and West Bank,” said Abdullah Butt, the founder of Educast, the technology partner of the eDoctor project.

“We have more than 150 doctors for this particular cause based in different cities of Pakistan and around the world including Saudi Arabia, UAE, Oman, the United States, the United Kingdom, Ireland, Australia, New Zealand, etc. We took the initiative solely on humanitarian grounds just to contribute our part in the challenging time for Palestinians.” he said.